Eighteen months on, many people in this close-knit corner of south Wales continue to suffer. “I still have nightmares about the river rising again,” said Katie Whelan, whose end-of-terrace house in the village of Ynyshir, near Pontypridd, was flooded.

“Looking back I can’t believe the water rose so quickly and so violently. I keep sandbags in the back garden for if it happens again. I don’t think I’ll ever relax again.”

There was a time, before the storm, when it would have been easy to find climate emergency deniers in this area. They are fewer now. The people of the Rhondda have had first-hand experience of the crisis.

In the nearby village of Pentre, where 159 homes flooded, Lian Roderick, who had to endure flooding followed by lockdown in a damp terrace house with two teenage children, said the authorities in charge of clearing drains and culverts were directly to blame. “But I do worry about climate change. We had the flooding and it’s been so hot this year. Now this week it’s been raining heavily again. It’s crazy.”

Like many, Roderick gets worried every time the storm clouds roll in. “We’ve got a floodgate now. Back in the winter every time it rained that went up.”

In the town of Pontypridd, Caspar Harris, who helps run the wholefoods store Pete’s Shop and is a seasoned environmental campaigner, shuddered as he recalled how dirty water poured into the business.

“The thought that it could happen again – probably will happen again – is always on your mind,” he said. Harris believes the flooding had changed residents’ attitudes to the climate crisis.

“You get the occasional person still in denial but not that many now. I don’t think enough is being done quickly enough to fight it. I’m sick of governments and councils setting distant goals. We need action now.”

Hayley Richards, a Pete’s Shop regular and co-chair of the town’s Friends of the Earth group, recalled how as part of the global climate strikes in September 2019, young people in Pontypridd had led a march through the town.

“Ponty hadn’t seen anything like that. I remember some shopkeepers telling the children they ought to be in school. A few months later, those same shops were flooded.”

Richards said her nine-year-old son, Rowan, worried about his future. “He’s asked me if we need to move to a higher place. He feels climate change is at our door.”

Activists are doing their bit – a repair cafe, river litter picks, seed swaps. “But we need an honest dialogue,” said Richards. “We can’t survive if society continues to be about making money and exploiting the earth. And the government and councils must do more. There’s always something to distract them – Brexit, Covid, whatever.”

Pontypridd Museum remains closed after its basement was flooded with the loss of almost 1,000 objects. Staff are putting the finishing touches to new storage areas, building shelves above the level the flood water rose to last February.

“We had 2ft of dirty water and sludge in the basement,” said the curator, Morwenna Lewis. “It’s been a really hard slog to get back. We hope to be open again by Christmas. But there’s always the worry now it could happen again.”

Pontypridd town council has declared a climate emergency. The councillor Lynda Davies said at all meetings there was a reminder that every decision had to be considered in the light of Wales’s Wellbeing of Future Generations Act, which enshrines the idea that the environment has to be at the centre of all policy.

On a practical level, Davies said the council was thinking of investing in electric vehicles, improving allotments, looking at investing in solar tiles. She admits progress is slow. “But we are taking steps. The mindset has to be, is everything we are doing sustainable?”

Rhondda Cynon Taf (RCT) council has produced a climate change strategy and aims to be carbon neutral by 2030. Rhys Lewis, a council cabinet member and the “climate change champion” for the authority, said flooding was not the only threat. Heatwaves were putting health at risk and causing frequent hillside fires.

Lewis said RCT was heading or supporting a wide range of initiatives, from the south Wales metro system to retrofitting its buildings with solar panels. It is also exploring the development of micro hydroelectric schemes, tapping into thermal springs and planting trees on denuded hillsides.

He said the people of the Rhondda were engaged. When the council asked what they could do to combat climate change, hundreds sent in suggestions including better bus routes, solutions to the problem of parking bikes, and setting up electric vehicle charging points on terraces, creating “final mile” delivery schemes using electric vehicles.

Lewis said there were massive challenges. “A decade of austerity has made it very difficult for us,” he said. But he said the council was committed to act. “We face challenging times ahead. Now is the time for us all to talk, and more importantly to act.”

Many people worry things are not moving quickly enough. Heledd Fychan, a Plaid Cymru councillor for Pontypridd, said she did not detect a sense of urgency from RCT council or the Welsh or UK governments.

“Whenever it rains heavily now I get countless messages from people saying, is it going to flood again. People can’t sleep at night, they are traumatised. Nobody feels reassured.”

Leo Carey-Read, 16, from Pontypridd, a youth climate ambassador, said he had not seen much change since February last year.

This summer the council unveiled, with something of a fanfare, a pilot “rain garden” in Mill Street, Pontypridd – a small plot of land designed to stop rainwater running into businesses. “That’s such a tiny scheme,” said Carey-Read. “They need to be so much more ambitious.

“We’ve reached the point when we’re starting to see the results of the climate emergency. We’re not going to avoid it, it’s just a matter of how bad it’s going to be.” 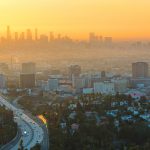 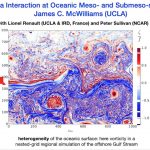