Hedgerows are hugely important but often taken for granted. They are perhaps the largest semi-natural habitat in Britain, refuges for wild plants and corridors for wildlife to move through, often in barren farmland landscapes.

Hedgerows help slow down the runoff of water, guarding against flooding and soil erosion, and act as barriers to help prevent pesticide and fertiliser pollution getting into water supplies. Studies show they can improve the quality of air by helping trap air pollution.

But more than half of hedgerows have been lost since 1945, and much of the remainder are degraded, relicts of their former glory and often poorly managed.

And while forests get the lion’s share of plaudits for reducing climate breakdown by locking up carbon from the atmosphere, hedgerows are sorely overlooked for storing carbon in their shoots, roots, leaf litter and other organic matter in the soil.

Britain has about 310,000 miles (500,000km) of hedgerow. The independent Climate Change Committee recommends planting 40% more hedgerows by 2050, and the government needs to commit itself to this target in the run-up to Cop26, the UN climate change conference in Glasgow this autumn. 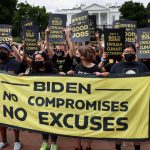 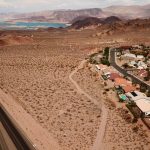