The opposition climate change minister, Chris Bowen, has warned almost one million Australians will lose their jobs if runaway climate change decimates the environment and the economy – with Queensland bearing the brunt of any failure to act.

Bowen used a speech in Brisbane on Thursday night to warn Queenslanders they would pay the price for the federal Coalition’s failure to act in accordance with climate science, with half a million jobs lost in the state and a forecast economic contraction of 8% by 2050 and 14% by 2070.

Since taking the portfolio in late January, Labor’s new climate spokesman has been concentrating his advocacy in Queensland and other regional areas that swung to the Coalition in the 2019 election, in part because of successful scaremongering by Liberal and National MPs about the costs of climate action.

Bowen has reconfigured Labor’s messaging on climate policy to emphasise both the economic risks of failing to act and the upsides of new jobs created during the transition to a low emissions economy.

On Thursday night, Bowen said if Australia adopted the right policy settings to manage the transition there would be “massive job opportunities” from the new energy economy.

“The progressive movement has tended to think of climate change as an environmental issue, or a moral imperative,” Bowen said. “That’s true, of course – but it is also the greatest economic change since the industrial revolution.”

Bowen said job creation had been tied to emissions-intensive industries since the 19th century but the risks of runaway climate change meant “that cord must now be cut”. He said Australia was now in an environment where its allies and major trading partners had adopted mid-century net zero pledges “and so we face a choice”.

“We can allow workers and communities to be decimated as global markets decarbonise or we can … put the future of workers in a decarbonising world at the centre of our reforms.”

Bowen said some Liberals in the Morrison government were intent on sanitising the Coalition’s climate record because of domestic pressure to act and growing international calls for Australia to pull its weight in the global effort to reduce emissions.

The president of the United States, Joe Biden, has invited 40 world leaders, including Scott Morrison, to a virtual summit on the climate crisis next week – an event coinciding with Earth Day.

Biden is expected to announce what the administration has termed “an ambitious 2030 emissions target” at next week’s summit now the US has re-entered the Paris agreement. While Morrison’s language on achieving net zero by mid-century has warmed considerably since Biden won the US election, and a number of Liberals favour the Coalition making a concrete commitment, it is unclear whether Australia will flag any new policy commitments next week.

Ahead of the summit, a coalition of environment, aid and church groups have taken out full-page advertisements in newspapers urging Morrison to increase his level of ambition and provide concrete commitments.

Bowen noted the Liberal MP and former diplomat Dave Sharma had said recently there was a key role for the diplomatic corps in re-assuring the world the climate wars were now over in Australia.

“If Mr Sharma thinks the climate wars are over, he might want to tell his government colleagues, especially here in Queensland, because his colleagues, particularly but not exclusively in the National party, continue to run a climate-based culture war designed to cynically engage in identity politics – and Queensland is its focus,” the Labor frontbencher said.

“The basis of this toxically dishonest campaign is to claim that action on climate change comes at the cost of the Queensland jobs and the Queensland economy.”

Bowen said Labor’s view was the climate emergency was “Australia’s jobs opportunity”. He cited a study by Deloitte which he said put the choice in stark terms.

“It estimates that unmitigated climate change will cost 880,000 Australian jobs over the coming decades,” Bowen said.

“That’s worth repeating: on current trends, almost one million Australians will lose their jobs as climate change damages our environment and our economy – and the bad news is that Queensland is uniquely exposed to those risks.

“Because of your geography and your industrial base, more than half of those job losses would be here. Those are by far the worst projections for any state but the good news is that there is a different path.”

He said the same study showed Queensland was uniquely placed to benefit during the transition with the potential for 200,000 new jobs in “manufacturing, transport, services and tourism”. “Instead of a contraction of 14%, you’d see additional growth of 5–19% turnaround,” Bowen said.

Bowen said the regional areas in Queensland that had powered Australia “with cheap, reliable power are the very areas that will continue to power us in a decarbonised world because they have the infrastructure, the access to ports, railway lines and pipelines that we need”.

He said Labor was prepared to have an “honest” conversation with communities about the looming transition and also work with them to create opportunities in the clean energy economy. 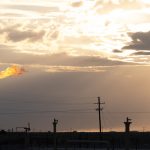 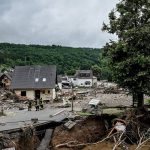