Joe Biden has sought to spur an expansion in renewable energy and electric vehicles since entering the White House but his climate agenda has also stirred something wholly unintended – a surge in blame foisted upon migrants for environmental degradation.

An unusual lawsuit filed last month by Mark Brnovich, Arizona’s attorney general, is indicative of a growing nativist framing of the climate crisis, according to academics. In the lawsuit, Brnovich, a Republican, demands the reinstatement of Donald Trump’s immigration policies to help remedy the “pollution and stress on natural resources” caused by migrants who move to the US.

“Migrants (like everyone else) need housing, infrastructure, hospitals, and schools,” the lawsuit reads. “They drive cars, purchase goods, and use public parks and other facilities. Their actions also directly result in the release of pollutants, carbon dioxide, and other greenhouse gases into the atmosphere, which directly affects air quality.”

Groups opposed to immigration and “overpopulation” have also found fresh impetus following the election of Biden. One group, called NumbersUSA, has complained that huge swaths of Arizona have been paved over due to immigration policies that amount to a “forced US population growth program”.

Another organization, Negative Population Growth, recently launched a new campaign aimed at persuading the US president to undertake a “complete elimination of illegal and quasi-legal immigration and reduction of current legal immigration by 80%” in order to slash planet-heating emissions.

Craig Lewis, executive vice-president of the group, urged members and supporters to bombard the White House with pleas to limit America’s population growth. “If the goal is to reduce emissions, it stands to reason that the number of emitters must be part of any calculations considered,” Lewis said.

Concerns over population growth are not new, but the recent rhetoric indicates that the rightwing response to the climate crisis could be shifting from dismissal to antipathy aimed at the actions of other countries and their migrants as the impacts of global heating become undeniable, researchers have suggested.

“This sort of language is coming back again and it’s not surprising,” said Betsy Hartmann, an academic at Hampshire College who specializes in the environment and migration. “The overt position of Trump to blame immigrants for crime and calling Mexicans rude names mobilized these tropes and now we have a liberal administration they being adapted to these times.”

Hartmann said she was “very concerned this will be used by far-right groups to fuel hatred. It has become a sort of conventional wisdom now, which poses a real danger.”

Warnings over unsustainable population growth stretch back decades, spanning proponents of Malthusianism and environmental groups that advocated for limited family sizes to reduce pressures upon the natural world. The issue is still occasionally aired by progressives and environmentalists – Jane Goodall, the famed primatologist, said last year that many ecological issues “wouldn’t be a problem” with a smaller population.

But more recently the theme has been seized upon by those on the right pushing for toughened borders. France’s far-right National Rally party has declared that “borders are the environment’s greatest ally; it is through them that we will save the planet”, while, in Germany, the anti-immigration party Alternative for Germany has warned the country’s environment faces “a great danger” if it allows in more migrants.

In the US, the most prominent voices linking environmentalism with anti-immigration has been the web of groups dubbed the Tanton network, named after John Tanton, an ophthalmologist from Michigan who was once active in the Sierra Club and died in 2019. The Center for Immigration Studies, one of these groups, has welcomed Brnovich’s lawsuit.

“Arizona is the first state to sue, but we can hope that it will not be the last,” said Julie Axelrod, director of litigation at the group and former adviser to the Environmental Protection Agency during Trump’s presidency. “The environmental consequences of immigration have never been more apparent.”

The most extreme versions of this thinking, known as eco-fascism, has cropped up in the screeds issued by those accused of mass murder. Shortly before Patrick Crusius entered a Walmart store in El Paso in August 2019 and shot dead 23 people and injured dozens of others, police say he uploaded a rambling manifesto to the 8chan website where he complained about the “Hispanic invasion of Texas” and how “the environment is getting worse by the year.”

According to some scientists, blaming migrants for the unfolding climate and biodiversity crises racking Earth not only stokes resentment, it also obscures more important causes such as overconsumption by the planet’s richest – the world’s wealthiest 10% produce around a half of all consumption-based emissions, while the poorest half of humanity contributes only 10% – and the entrenched power of fossil fuel companies and their political allies.

Environmental groups have now largely moved away from talking about overpopulation to focus on these other themes. “In the environmental community it has become a bit of a third rail issue. It’s very difficult to talk about,” said Dale Jamieson, a professor of environmental studies and philosophy at New York University.

Jamieson added: “But if you’re trying to hang environmental concerns on to an anti-immigration agenda, that is so transparent, it’s just not sincere.

“When it comes to problems like climate change, nationalism is the problem, not the solution. Ecological boundaries do not care about national boundaries so trying to solve climate change within one nation state is not an effective way of doing things.” 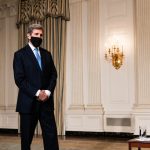 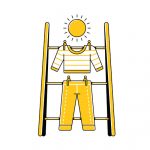