A firefighting plane from Russia crashed on Saturday in a mountainous area in southern Turkey, killing the eight crew members and emergency workers aboard, Russia’s defence ministry said.

The ministry said five Russian and three Turkish citizens were on the amphibious Beriev Be-200, which crashed while trying to land in Turkey’s Adana province. A team to investigate the accident was dispatched to the Kahramanmaras area, Turkish state media said.

The Turkish foreign minister, Mevlüt Çavuşoğlu, tweeted he was greatly saddened by the deaths and said their “heroic sacrifices” would not be forgotten.

Turkey has fought 300 or so wildfires in the past 16 days, which have killed eight other people, consumed forests and homes and sent thousands fleeing.

Kahramanmaras governor Omer Faruk Coskun told news agency Anadolu that a wildfire had begun after lightning struck trees. “We had dispatched a plane to the area but we lost communication with the plane a while ago and it crashed. The situation is very new. We dispatched many units to the area where the plane crashed,” he said.

The Be-200 is a two-engined amphibious aircraft used in Russia and other nations to fight forest fires. It is capable of dropping up to 270 metric tons of water in multiple runs during a single mission.

Wildfires in Turkey’s Mediterranean region began in late July and have incinerated thousands of acres of forests, mostly in the seaside provinces of Mugla and Antalya. The fires came as Turkey and the whole Mediterranean endured a prolonged heatwave.

Climate scientists say there is little doubt climate change from the burning of coal, oil and natural gas is behind more extreme events, such as heatwaves, droughts, wildfires, floods and storms.

Northern Turkey has been hit this week by flash floods that have killed at least 44 people, turning streets into raging torrents. 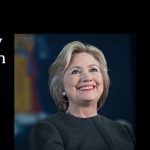