Scott Morrison has confirmed that his cabinet will formulate a plan to reach net zero emissions after the deputy prime minister Barnaby Joyce declared climate action plans were formulated by agencies, not by politicians who lacked relevant expertise.

After an extraordinary radio interview where Joyce, the Nationals leader, attempted to paint his own government as bystanders in the policy formulation process, the prime minister was asked whether or not he agreed with the deputy prime minister’s statement that “we don’t actually come up with the plan”.

Morrison told parliament the government’s plan “for achieving our climate commitments … and our goals” was being worked through “by the cabinet … and the policy processes of the cabinet, and when we have completed those … we will do exactly as we did before the last election”.

Later in the interview, Joyce referred to this week’s landmark assessment by the Intergovernmental Panel on Climate Change – the world’s leading authority on climate science. The IPCC found that human activities are unequivocally heating the planet and causing changes not seen for centuries and in some cases thousands of years.

Even though the IPCC lays out the science, leaving elected governments to formulate specific policies to combat the threat of global heating, Joyce suggested the IPCC needed to come up with “clear suggestions of the reductions [in emissions]” so that “competent authorities, which are not politicians” could understand the actions required and the costs associated with the abatement.

Some Nationals are opposed to the government signing up to a net zero target, and many say they will not accept that commitment if the costs of the transition aren’t outlined clearly, and if regional Australians are negatively impacted.

The prime minister said before the 2019 election “we set out our commitments to 2030 and how we would get there, and we did that by all sectors” and the commitments were accompanied by “initiatives that were put in place to ensure that we could reach that commitment”.

The material released at that time factored-in emissions reductions from Snowy 2.0 expansion (which at that time had not been formally signed off on); energy efficiency measures; an electric vehicle strategy that the government had not yet unveiled; the rebadged climate solutions fund; additional hydro projects and just under 100Mt of abatement from “technology solutions” which weren’t specified.

On Wednesday, Morrison told parliament cabinet would develop the post 2030 policy, and it would be explained to voters before they went to the polls at the next federal election.

He said the government was engaged in a “considered and detailed process to ensure … that when we make a commitment, we can tell people in regional Australia, we can tell them up in Newcastle and the Hunter, you can tell them over in Whyalla and we can tell them anywhere in this country, what it will mean for them, what the costs will be … and how this will impact on their livelihoods and on their regions and how we together we will be able to reduce emissions and ensure the viability of economies right across this country”.

But while Morrison continues to flag interest in achieving net zero, the prime minister said the government did not intend to write a “blank cheque” associated with any mid-century commitment.

Labor has committed to achieving net zero emissions by 2050, but is yet to reveal the suite of policies to achieve the commitment, or specify a new target for the 2030s.

“[Labor] will spend your money and those of Australians around the country, they will do that unfettered with an unqualified commitment and it will all fall on the people of Australia,” Morrison said. “What we will do is consider this carefully and have a clear plan which we can take Australians with us on.”

Morrison hinted earlier in the week the government may update its 2030 target ahead of Cop26 in Glasgow in November. 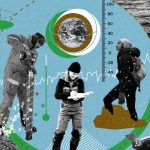 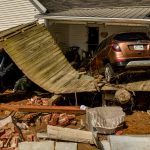