Scott Morrison has inked deals with Japan and Germany to develop technology to help reach “a net zero emissions future” – but continues to resist international pressure to formally commit Australia to a firm 2050 deadline.

With the climate crisis taking centre stage on the final day of the G7 summit in Cornwall, England, the prime minister stuck to his preferred approach of focusing on technologies such as hydrogen, rather than signing up to more ambitious medium- and long-term emission reduction commitments.

Morrison met with the Japanese prime minister, Yoshihide Suga, on the sidelines of the G7 on Sunday and they announced a “partnership on decarbonisation through technology”.

Both Australia and Japan would “accelerate the development and commercialisation of low- and zero-emissions technologies as soon as possible” including lower emissions liquefied natural gas (LNG) production; clean fuel ammonia; clean hydrogen; and carbon capture, utilisation and storage.

Morrison and Suga’s joint statement said they both recognised climate change as “one of the defining challenges and opportunities of our time” and described a technology-led response as critical to jobs and growth – but the same document noted their differences when it came to a formal commitment to net zero by 2050.

Morrison met with the German chancellor, Angela Merkel, later on Sunday and they announced a “hydrogen accord” to “enhance collaboration in technology innovation, research, development and deployment to build a global hydrogen industry”.

“The prime minister of Australia and chancellor of Germany discussed their mutual commitment to ambitious action on climate change in line with the Paris agreement, and to deeper collaboration and partnership towards achieving net zero emissions and keeping the 1.5C temperature goal within reach,” their joint statement said.

Analysts have repeatedly said Australia’s commitment to cut greenhouse gas emissions to 26%-28% below 2005 levels by 2030 is not consistent with holding global heating to no more than 1.5C above pre-industrial levels.

The 2030 target was first set by the Abbott government – and Morrison has given no indication of planning to ratchet up this pledge.

Morrison has also resisted making a concrete commitment to net-zero emissions by 2050 amid internal resistance within the Coalition – although he is likely to face increased international pressure to act in the lead-up to the Cop26 climate summit in Glasgow in November.

The UK, the host of both the G7 and Cop26, has made clear that it regards climate as its top foreign policy priority this year and wants all countries including Australia to set deeper targets for the 2030s, setting a credible pathway to reach net zero by 2050.

Under Joe Biden’s leadership, the US has also called on Australia to cut emissions faster than planned.

“Australia’s policies will be set for Australia’s interests,” Morrison told reporters on Saturday.

Morrison had his first face-to-face meeting with Biden on the sidelines of the G7 summit on Saturday – but the pair was joined by the British prime minister, Boris Johnson, in what became a trilateral engagement focused on the increasingly contested Indo-Pacific region and the rising influence of China.

The head of the Global Compact Network Australia (GCNA), an initiative that connects sustainability-focused businesses, said Morrison’s comments on net zero were “still really vague” at a time when countries should embrace “bold climate action targets”.

Kylie Porter, the executive director of GCNA, said she hoped Morrison would come away from the G7 summit with an understanding “that we don’t have a choice any more” and that the public and private sectors must “work together to set short, medium and long-term targets that get us to net zero well before 2050”.

Porter noted the Paris agreement to which Australia committed included a process of revisiting targets based on the latest science.

“I think the set-and-forget mentality, it’s not only a risk to government but it’s a risk to business as well,” she said.

Susanne Legena, the chief executive of the charity Plan International Australia, also urged the Morrison government to step up action on the climate emergency.

“We call on the Australian government to urgently set more ambitious emission reduction targets in line with keeping the global temperature rise to within 1.5C, beyond which many countries – including the most climate sensitive countries in our region – will face unmanageable suffering and devastation,” Legena said.

The G7 – a grouping that includes the UK, US, Canada, Japan, Germany, France and Italy, plus the European Union – have all committed to net zero by 2050. Australia was one of four other nations invited to attend the three-day summit as guests.

Morrison will be in London on Monday and Tuesday for meetings with Johnson aimed at reaching in-principle agreement on a free trade agreement – but the Australian government has warned it is prepared to delay a deal if agricultural exporters did not gain sufficient access to the British market. 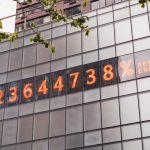 The Climate Clock Now Ticks With a Tinge of Optimism

G7 live: Raab suggests it was ‘offensive’ for Macron to suggest Northern Ireland not full part of UK | Politics