Smoke from raging forest fires in Siberia has reached the north pole for the first time in recorded history, as a Russian monitoring institute warned the blazes were worsening.

Devastating wildfires have ripped across Siberia with increasing regularity over the past few years, which Russia’s weather officials and environmentalists have linked to climate change and an underfunded forest service.

UN climate experts on Monday published a report that unequivocally shows global heating is unfolding more quickly than feared and humanity is almost entirely to blame.

One of Siberia’s hardest-hit regions this year has been Yakutia – Russia’s largest and coldest region that sits atop permafrost – which has had record high temperatures and drought.

Russia’s weather monitoring institute Rosgidromet said on Monday the situation in the region, also known as Sakha, “continues to deteriorate”. According to Rosgidromet, close to 3.4m hectares (8.4m acres) are burning in the region, including areas that are difficult to access and remote.

On Saturday, the US space agency Nasa said its satellite images showed wildfire smoke travelling “more than 3,000km (1,800 miles) from Yakutia to reach the north pole”, calling it “a first in recorded history”. It added that on 6 August most of Russia was covered in smoke.

Environmentalists blame the authorities for letting large areas burn every year under a law that allows them not to intervene if the cost of fighting fires is greater than the damage caused or if they do not affect inhabited areas.

According to Russia’s forestry agency, this year’s fires have ravaged more than 14m hectares, making it the second-worst fire season since the turn of the century.

The head of Greenpeace Russia’s forest programme, Alexei Yaroshenko, linked the growing area of Russia’s wildfires with the effects of climate change as well as the “continuing decline of state forest management”. 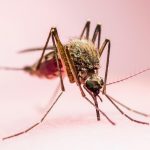 What If You Could Become Invisible to Mosquitoes?