The summer of 2020 brought fear of Covid-19, social distancing – and heat-related health problems that affects tens of millions of Americans.

During those months, more than a quarter of the US population suffered from the effects of extreme heat, according to a study released this week. People reported health symptoms like nausea and cramps, as well as a decreased ability to focus, and the effects hit low-income households the hardest.

The study focuses on last summer but given the brutal heatwaves that have hit the US in 2021, especially in western states, it raises the prospect that the impact of extreme heat is highly likely to be worse this year.

Heat is already the biggest weather-related killer of Americans, according to the National Weather Service, and that means the US government will need to think creatively about how to help people who desperately need it in the current summer, and also in the years ahead as the climate crisis likely worsens.

“Looking ahead, it’s critical that local, state, and federal officials have the necessary resources to safeguard the health of the most vulnerable,” said Olga Wilhelmi, a scientist at the National Center for Atmospheric Research in Colorado.

Wilhelmi and her colleagues surveyed more than 3,000 adults in July, August and September of last year, asking about extreme heat experiences and symptoms of heat stress as well as strategies to escape the heat.

They found that the people who were most at risk of suffering heat-related symptoms were women, people in low-income households, and those who identified as Hispanic or Latino. Heat symptoms ranged from nausea and muscle cramps to fainting and confusion.

“The biggest impacts happened in low-income communities, especially in socially isolated individuals without access to cooling,” Wilhelmi explains. When the coronavirus pandemic started last spring, it was a triple threat: much of the country had stay at home orders, millions of people lacked sufficient access to cooling in their homes, and also they may not have adequate help given that community resources were disrupted by the pandemic.

Almost 28% of Americans reported having one or more symptoms that they believed were related to extreme heat, the survey found. Nearly a third expressed some degree of worry about heat while they were working, and one in eight said they had decreased productivity while working in very hot weather. Those in the lowest household income group were 68% more likely to experience at least one heat-related health symptom than those in the highest income group.

The pandemic also disturbed social networks – neighbors who typically would be checking on each other weren’t able to due to social distancing requirements. The heat-health effects were felt more in southern and western US states, the study found. Further research will look into the geographic disparities in these regions, which could be related to humidity in the south and the lack of air conditioning in western regions.

Although most Americans have air conditioning, about one in five respondents could not adequately cool their homes, often because of the high costs of running or maintaining their air conditioners.

That means the simple ability to have air conditioning in a home doesn’t make people safe from heat-related health symptoms, Wilhelmi says. “It’s important to think about other strategies going forward, given the situation with energy and poverty and the growing threat of extreme heat events.”

As emissions that trap heat become more concentrated in the atmosphere and temperatures rise, extreme heat waves are expected to become longer, more frequent, and more severe. By the middle of this century, researchers predict one-third of the US population will be exposed to 30 or more days per year of temperatures hot enough to be lethal.

From 1998 to 2017, more than 166,000 people died due to heatwaves around the globe, according to the World Health Organization – including more than 70,000 who died during the 2003 heatwave in Europe. A study published last month found that 9.4% of global deaths can be attributed to exposure to extreme heat or cold temperatures.

Even in non-pandemic times, extreme heat can damage human health by causing dehydration and heat stroke, as well as worsening cardiovascular and respiratory disease. Cities and local governments have tried establishing cooling centers and checking in on people at home – but these efforts were curtailed by the pandemic. 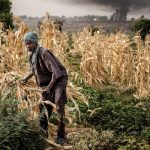