In May 2020, 10mm of rain fell at Sendelingsdrif Rest Camp in South Africa’s most north-westerly corner. It may not have been good news for visitors to the Richtersveld’s national park, which straddles the border with Namibia, but the rain, including 200mm on the nearby mountains, was a welcome respite for the world heritage site’s flora and fauna. After nine years of almost no rain, Pieter van Wyk, a 32-year-old self-taught botanist and head of the |Ai-|Ais/Richtersveld transfrontier park’s nursery, was elated to see several plant species flower for the first time in almost a decade.

His joy, however, was short-lived. While the rain gave a temporary lease of life to some annuals and bulbs, it did little to alter the fact that scores of species, especially large succulent plants such as aloes, are in peril. A study to be published by Van Wyk and others shows that 85% of the population of the distinctive Pearson’s aloe (Aloe pearsonii) – endemic to the Richtersveld – has been lost in the past five years, having been a stable presence for the previous four decades.

Pearson’s aloe is just one of dozens of species Van Wyk fears may disappear in his lifetime. The plants face a number of threats, but it is the climate emergency and poaching that are having the biggest impact.

When all is well, the Richtersveld’s position in the Northern Cape, at the intersection of three biomes, coupled with its geological complexity – the park is home to the oldest mountains in the world – and the fact that it straddles winter and summer rainfall regions, makes it a botanist’s paradise. With more than 3,000 plant species, including 400 endemic to the region, it is “easily the most biologically diverse desert in the world”, Van Wyk says proudly.

Despite being 20 times smaller and with much lower rainfall, Richtersveld has more plant species than the country’s famous Kruger national park. It is, says Van Wyk, “the most important succulent laboratory in the world”.

But it is this variety of rare succulents that draws the poachers. Many Richtersveld species are so specialised that they grow only in one valley or on one mountain slope. In extreme cases an entire species can be confined to an area smaller than a football pitch, so a poacher could render a species extinct in a morning. In Van Wyk’s estimation, plant poaching might be more lucrative than the country’s rhino horn industry.

Poachers target the typically endangered species, which fetch the highest prices on the black market (wild “character-filled” plants fetch higher prices than cultivated ones). “Despite the sale of such plants being strictly illegal, they don’t even try to hide what they’re selling,” says Van Wyk.

Richtersveld dwarf succulents are right at the top of the poachers’ list but species across southern Africa are targeted. Plants are sold in Asia, Europe and North America by crime syndicates who subcontract the actual poaching to desperate South Africans. In four months in 2019, 15,000 specimens of a single Conophytum species were confiscated from poachers after a tipoff. And in 2020 two South Koreans were fined R5m (£250,000) for illegal possession of 60,000 Conophytum plants. Confiscated plants can never be returned to their habitats so botanical nurseries end up being swamped.

You fall in love with the landscape you grow up in. And you assume you’ll die before it does

With limited police resources and vast expanses of semi-desert, it is almost guaranteed that far greater numbers of plants are being smuggled out of the country. More than 30 species of Conophytum appear on South Africa’s red list of threatened species. The South African National Biodiversity Institute notes that many of them are widely poached.

Meanwhile, the climate emergency is taking a heavy toll on extreme ecosystems such as the Richtersveld. The Intergovernmental Panel on Climate Change (IPCC) predicts a temperature increase of between 3.4C and 4.2C for the region, with the climate becoming drier and windier.

“The hotter it gets the more water plants need to survive,” says Nick Helme, a botanical consultant based in Cape Town. “But lower rainfall means there’s actually less water in the soil.” Increasingly powerful coastal winds compound the problem. In the past, these “berg winds” were almost always followed by rains that dampened the topsoil and held everything together. But in recent years the rains have stopped coming and millions of tons of dust, topsoil and seed are “blown into the sea to feed the fishes”, says Helme. One storm, captured by satellite imagery in September 2019, blew a plume of detritus 400 miles into the Atlantic Ocean.

The effects of the climate emergency can already be seen in the more densely populated Namaqualand, another botanical hotspot a few hundred kilometres to the south. Dr Ute Schmiedel, of Hamburg University, has been closely monitoring, “right down to the individual plants”, the same single square-kilometre plot for 20 years. In 2017 she thought she was witnessing a similar catastrophic decline to that which Van Wyk has documented with the Pearson’s aloes. But better rains the following year enabled many succulent species in her plot to bounce back. “We have to keep in mind that droughts are normal in this part of the world and that plants have adapted to counteract this,” she says, explaining that the species in her plots tended to have more resilient seedbanks than aloes. But the droughts are “increasing in severity and frequency”, she adds, “and the plants won’t be able to bounce back every time.”

“In marginal areas like the Namaqualand, climate change won’t just destroy ecosystems, it will also destroy livelihoods,” says Helme. It is getting harder and harder for the region’s subsistence farmers – semi-nomadic Nama pastoralists – to eke out a living. And in dry years their sheep and goats exacerbate the problem by grazing on woody plants and damaging topsoil. “Obviously fewer goats would be better,” says Helme. “But [when it comes to climate change] these are the least liable people on the planet.”

In total more than 100 Richtersveld species have appeared on South Africa’s red list in the past five years due to the climate crisis, poaching, overgrazing, but also mining. Because the land is technically owned by the local Nama community, mining is allowed in the national park – although Van Wyk points out that the Nama have received “pretty much zero benefit” from it.

All the mining and development applications currently awaiting approval are focused in the most biodiverse areas of the region. “Hopefully, they won’t all be approved,” says Van Wyk, before adding that the proposed Boegoebaai Harbour Project, in the heart of the Richtersveld, “could become one of South Africa’s largest human-inflicted natural disasters”.

It is “awful” to watch the demise of an ecosystem that has been stable for millions of years, he adds. “You fall in love with the landscape you grow up in. And you assume you’ll die before it does.” 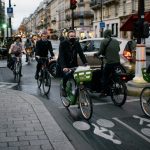 Going vegan: can switching to a plant-based diet really save the planet? | Veganism