Annual grocery bills will rise by £160 a year if the UK government passes on the cost of its new policies on recycling and advertising of sugary and salty snacks, industry leaders have warned.

Poor families will be hit hardest with an 11% increase in the cost of their shopping, the equivalent of their entire yearly spend on fresh vegetables, said the Food and Drink Federation.

“The suggestion that we should introduce further food taxes at this time is madness. It is an insult to the hardworking families of this country to be told what to do by those who can’t begin to imagine how tough the last year has been,” said Ian Wright, the chair of the industry body.

In a report, Eating into Household Budgets: the Government’s Recipe for Food Price Inflation, The FDF put the cost of new government policies around public health and sustainability at £8bn.

It says this is before factoring in potential new taxes on salt and sugar as outlined in Henry Dimbleby’s recent National Food Strategy report.

Last week, ministers were urged to levy a £3bn sugar and salt tax as part of a “once-in-a-lifetime opportunity” to break Britain’s addiction to junk food, cut meat consumption by nearly a third and help tackle the climate crisis following Dimbleby’s report.

The Labour party said it was a “massive wake-up call” to shift the dial on food education encouraging all ages into healthier eating.

But the industry fears the cost of forthcoming government policies is already endangering some domestic businesses.

The FDF say the new policy to make the producer responsible for post-consumer waste will cost £1.7bn, a deposit return scheme on food and drink packaging will cost them £850m, and the introduction of advertising restrictions on fatty, salty and sugary foods £833m.

“Food and drink manufacturers are close to breaking point,” said Wright after a year that included disruption to the supply of food caused by Brexit and Covid.

The FDF said local producers are finding margins squeezes with the price of food commodities such as grain, sugar and dairy rising – up 17% since the beginning of the year, according to Andy Haldane, the Bank of England’s former chief economist.

“If the government is serious about levelling up it needs to incentivise the sector and not pile on extra costs,” the FDF said.

‘Get on with it’: Australia already has low-carbon technology and Coalition should embrace it, scientists say | Climate crisis 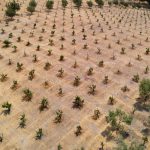