With very high temperatures expected in parts of Spain and France on Friday and Saturday, the crisis threatens to spread with weeks of scorching summer weather still to come across the region.

In Greece, firefighters continued to battle what the prime minister Kyriakos Mitsotakis described on Thursday as the country’s “greatest ecological disaster in decades”.

Greece’s most severe heatwave in decades has fanned blazes that have destroyed more than 100,000 hectares of forests and farmland.

The fires have left three dead, hundreds homeless, forced thousands to flee, and caused economic and environmental devastation. Mitsotakis said that 150 homes have been destroyed in greater Athens over the last week, while the number id still rising on the island of Evia, which accounts for more than half of the area burned nationwide.

Although recent rain has eased the crisis in Greece, it is just one of a number of Mediterranean countries that have been hit by a savage fire season. The region has been singled out as a “climate change hotspot”, with increasing temperatures and aridity lengthening fire seasons, according to a draft IPCC assessment seen by Agence France-Presse.

Turkey has seen its southern coast devastated by fires. Eight people, including two firefighters, have died in the wildfires which have destroyed huge swathes of pine forest and agricultural land.

More than 10,000 people have been forced to abandon damaged homes, and resorts and hotels have been evacuated in the middle of the tourism season.

Italy registered a temperature of 48.8C (119.8F) in Sicily on Wednesday – beating the previous high registered in Greece in 1977 in what is believed to be a new European record – as anticyclone“Lucifer” moves across the country. An anticyclone is an area of high atmospheric pressure that in summer brings dry, hot weather.

Italian firefighters continued to battle hundreds of fires throughout the country’s south, particularly in Sicily and the Calabria region. Firefighters said there were over 500 blazes reported overnight. Italy’s fires have so far killed four people.

The burned body of a 79-year-old man was found in the Reggio Calabria area on Wednesday, while another man, aged 77, died in the same region after trying to shelter his herd from the flames, news agencies reported.

Their deaths follow those of a woman, 53, and her nephew, 35, also in Reggio Calabria, who died last Friday trying to save the family olive grove.

Now, the Mediterranean heatwave has started to shift west, with three wildfires raging in Spain on Thursday, and temperatures soaring above 40C in the country on Friday and Saturday, as well as in many parts of the south of France.

Dozens of firefighters backed by four water-dropping aircraft were on the scene of a blaze in the north-eastern Spanish province of Tarragona which has so far destroyed 40 hectares (100 acres) of protected forest, local officials said.

Two smaller fires were burning in the northern wine-producing region of La Rioja and another north-eastern province, Zaragoza, which involved two planes.

The wildfires come as temperatures were forecast to reach highs of about 40C (104F) in much of the country on Friday. All but three of Spain’s 17 regions were on alert for heat. According to Ruben del Campo, the spokesperson for Spain’s national weather office AEMET, the number of heatwaves registered in the country between 2011 and 2020 is double the number recorded in each of the three previous decades.

France’s southern areas have been put under a high temperature alert, and Portugal’s weather office has meanwhile warned that the centre and north of the country as well as parts of the southern Algarve province were on “maximum” alert for wildfires.

“We know that the next few days are going to be difficult,” he told reporters on Thursday during a visit to a civil protection headquarters.

“We are facing a permanent challenge that is the result of climate change,” he added.

Like southern Europe, north Africa has been sweltering under searing heat.

European countries have sent firefighting planes to Algeria to help fight wildfires there that killed at least 69 people through the mountainous Berber region. The victims of the blazes include at least 28 soldiers who were deployed to fight the fires, according to authorities.

Algeria’s National Meteorology Office said extremely hot weather was forecast through Thursday in nearly a dozen regions, including around Tizi-Ouzou. In some parts of Algeria, the temperature was expected to hit 47C (116.6 F)

Elsewhere in the Mediterranean, Lebanon has added recovery from fires in late July to its list of debilitating challenges.

What’s Going On at 50: Marvin Gaye’s masterpiece is still so true to life | Marvin Gaye 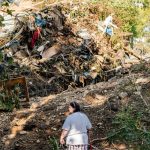