This year is the 40th anniversary of the Great Barrier Reef being on the world heritage list. It should be a time to celebrate. Yet Unesco has released a draft report recommending the reef be put on a list of world heritage sites that are “in danger”.

Unesco has absolutely made the right decision. The reef is in danger. It is time for the Australian government to take ambitious climate action for the reef.

This is first time a world heritage site has been proposed for in-danger listing as a result of climate change impacts, although it is important to recognise that agricultural runoff is also a very high threat to inshore reefs and an issue that Unesco and International Union for Conservation of Nature are very concerned about.

The Australian government has announced it will fight the draft decision. This is not a wise move. The world heritage convention is a legal document. As a signatory, Australia has a legal obligation to protect, conserve and transmit to future generations the outstanding universal value of the Great Barrier Reef. By not doing its utmost to tackle the biggest threat to the reef, Australia is not meeting its legal obligations.

China is the chair of the committee but the draft report and decision are produced by Unesco’s World Heritage Centre and IUCN only. The Australian government has claimed political involvement in the draft decision but produced no evidence for this.

If the world heritage committee endorses the decision next month, Australia will have to come up with corrective measures to tackle climate change compatible with a 1.5C pathway – a critical threshold for coral reefs. Unesco and IUCN would send a reactive monitoring mission to Australia to help design the corrective measures. This would likely occur in the lead-up to a federal election.

That’s why the government wants to avoid this listing at all costs, but the Great Barrier Reef needs this to survive.

But how did it come to this? For years, the Great Barrier Reef has been under the scrutiny of the world heritage committee. The committee’s role is to add eligible sites to the world heritage list and to ensure that their outstanding universal value to all humankind is protected and passed on to future generations. It is a noble and inspiring role.

The committee first warned it would consider placing the reef on the list of world heritage in danger in 2012 if Australia didn’t develop a long-term plan to protect the reef.

This decision was repeated in 2013 and 2014 until finally in 2015 the Australian government produced the Reef 2050 plan. The plan contained targets to reduce agricultural runoff, strengthen land-clearing laws and stop greenfield coal port developments. It did not contain any direct commitments to tackle climate change. An “in danger” listing was averted and the world heritage committee congratulated Australia for the plan.

However, there was a sting in the tail. The committee agreed it would come back in 2020 to review the state of conservation of the reef and how well Australia was protecting it.

Nine months after the high point of the 2015 decision, nearly a third of all the corals in the world heritage area died in an intense marine heatwave driven by global heating. It was shocking, and painful and deeply saddening. A year later, another marine heatwave killed off more corals in an unprecedented back-to-back bleaching event. Many were in disbelief that such a devastating event could happen again so quickly.

The Australian government responded not by introducing measures to drastically reduce carbon emissions but by bringing forward a review of the Reef 2050 plan. The review did not result in any new climate policies. Then in 2019, the Great Barrier Reef Marine Park Authority downgraded the outlook of the reef from “poor” to “very poor”.

Incredibly, in 2020, another severe heatwave hit the reef, killing more corals. The government again reviewed the Reef 2050 plan. The final plan has not been released but the latest draft still does not contain any measures to drastically reduce carbon emissions.

IUCN’s report found that 19 world heritage sites had a critical outlook. All but two of these are already on the in-danger list. The two that aren’t are the Great Barrier Reef and a site in Cameroon that was recommended for in-danger listing in 2019.

Given all that, it should come as no surprise to the Australian government that Unesco and IUCN have recommended the Great Barrier Reef be added to the in danger list. 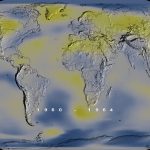 A Scottish Green-SNP alliance could transform the country, and the climate | Caroline Lucas