Last week’s virtual climate summit at the White House gave Joe Biden a forum to announce that the US would slash emissions by half by 2030. Other countries, including the UK, made commitments to move more quickly towards net zero. Now, ahead of the vital Cop26 summit in Glasgow, attention turns to other big polluters to confirm their plans to curb their carbon output and help to keep global heating below 1.5C. Environment correspondent Fiona Harvey looks at the progress made last week and what more needs to be done.

Since our last issue the pandemic in India has accelerated beyond crisis point. Hundreds of thousands of daily cases are seeing hospitals too full to take critically ill patients and oxygen supplies dwindling. Our correspondent Hannah Ellis-Petersen looks at a nation’s descent into “hell”, while Peter Beaumont asks what the explosion in cases there means for the rest of the world.

The situation has also had a direct impact on the Guardian. This week we lost Kakoli Bhattacharya, a journalist who was a researcher, translator, news assistant and friend to Guardian correspondents in Delhi for over a decade. Kakoli’s work was vital in producing much of the reporting from India that has appeared in the Weekly since 2009. She died of Covid, aged 51.

It was an Oscars night like no other on Sunday. Mainly because it was held in a train station … The big story was a triumph for Chloé Zhao whose Nomadland picked up many of the top awards. It was also a historic night for the Guardian. Our film team’s documentary Colette – the story of a French resistance fighter visiting the camp where her brother was killed – was named best documentary short. You can watch it for free here.

Also this week: we go round the houses with Deliveroo, the turquoise-themed food delivery service that may not be quite as beloved by your favourite local pizzeria as they are by your family. And there’s an interview with Thomas Heatherwick, the prodigy of British urban design who is still only 51 but seems to have had an interest in everything from London buses to vast corporate headquarters.

Get the magazine delivered to your door. 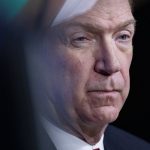