The Great Barrier Reef is a habitat where global heating is not some far-off threat but a present-day catastrophe. Home to extraordinary biodiversity, it is about the size of Italy or Japan – and it has suffered three mass coral bleaching events since 2015, killing up to 50% of its shallow water coral, as a result of the climate crisis, with no reprieve from that process in sight.

That conclusion, supported by a wide scientific consensus, prompted a push to have Unesco, the UN’s science and culture organisation, to add the reef to its “in danger” list. It would have been the first time a world heritage site had been placed on the list primarily because of the effects of global heating. But last week the 21-country World Heritage Committee ignored Unesco’s scientific assessment and voted to reconsider the matter next year instead.

Guardian Australia’s environment reporter, Graham Readfearn, tells Michael Safi what that decision means for the future of the reef – which is already facing irreversible damage. And he explores the global campaign, ranging from a snorkelling jaunt for ambassadors to an eight-day lobbying trip taking in Hungary, Oman and the Maldives, to derail a move which campaigners viewed as an essential recognition of climate reality.

You can read more of Graham Readfearn’s reporting here and listen to episodes of Guardian Australia’s Full Story podcast about the Great Barrier Reef, recorded before the decision, here and here.

The Guardian is editorially independent.
And we want to keep our journalism open and accessible to all.
But we increasingly need our readers to fund our work.

For peat’s sake, get to the crux of the matter | Letters 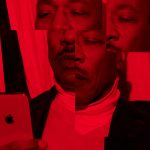