On Tuesday last week, the third and final part of Laura Barton’s Notes on Music was broadcast on Radio 4. Entitled Laura Barton’s One True Love, it was about Bruce Springsteen. Or “Broohss”, as Barton had it, in her beautiful, intimate speaking voice. The way she said it, it sounded like a kiss.

Barton loves Springsteen. I do not, but her programme made me think I might: that’s the joy of how Barton writes and talks about music. She’s full of the romance of pop and rock’n’roll, their potent promise; the way a voice or a song – or just a cadence – can seem to understand you, send you on a journey, solve your life’s problems. And in her short series she’s unpicked three elements of her personal pop romance.

The first episode, Seventeen, examined music’s obsession with that age. Barton spoke to journalist David Hepworth, founder editor of Just Seventeen magazine, and musicians Janis Ian and Sharon Van Etten, who’ve written songs about being 17. Their insights were interwoven with archive interviews with other middle-aged 17-ers, such as Stevie “Edge of Seventeen” Nicks, who pointed out that musicians like 17 partly because “seventeen scans well, it’s got extra syllables”. Plus, lots of wonderful songs.

Barton’s essay on what she remembered about being that age, its almost-adult power, was as delightful as you’d expect, and she drew some great insights from her interviewees. (Hepworth: “You’re playing at an adult life, with live ammunition.”) There were many voices, too, who weren’t introduced immediately: weirdly, it reminded me of being that age, of listening to people speak but not fully understanding the context, not having the experience to know exactly what they were talking about. Trying to understand something just out of reach.

The next two episodes, about Happy Sad songs and good old Bruce, were just as lovely. The Bruce one was the most straightforward, an uncomplicated love letter from Barton and her Springsteen-mad interviewees. The production, by Alan Hall of Falling Tree, was exceptional throughout, taking interviews and music and weaving them into something far less linear and prosaic than the usual music show. This, along with Barton’s words, made these programmes a kind of music in themselves – emotional audio pieces releasing forgotten or misunderstood feelings. It’s amazing how that can happen.

A new podcast that’s also trying to push its audio boundaries is The Crisis, from Vice documentaries, released in full last week. At first listen it’s a true-crime series, focusing on the murder of three Colombian coal-mining union leaders more than 20 years ago. But it’s really about climate change. The idea is to engage listeners in the truth of environmental destruction by making an engaging whodunnit, rather than offering the usual whither-the-planet hand-wringing discussion.

An interesting idea, and there are other unusual aspects to The Crisis. It’s released in both English and Spanish, and the English version is not a direct translation of what you hear the Colombians say, but a summary, with the Spanish-speakers adding detail. (You can follow everything even if you don’t speak Spanish.) Second, the presenters change from episode to episode. Ramón Campos, a journalist who has written about the Colombian civil war for many years, reports from Colombia. Climate crisis reporter Agnes Walton hosts from the US.

Kate Osborn, head of global audio at Vice Media, says this decision was taken to highlight the international aspect to the story, but also to showcase the reporting done by Campos: “Journalists often work with journalists from other countries as ‘fixers’ to help them get contacts and interviews. However we want to feature that journalistic work in the foreground, not the background.”

Admirable stuff. And the story, which involves US coal company Drummond, is a good one. However, episode one, which sets up the murders, is a little long-winded, and Campos’s presentation, though clear, is a teeny bit flat. This is understandable, as he’s not hosting in his own language; he’s more animated in the Spanish episodes. Things start to move faster as we continue (there are five episodes, plus an introductory prologue).

Don’t miss the prologue episode, as I did at first (in my defence, the way Spotify presents the episodes is a little confusing; plus, why not call it episode one?). It sets up the whole series, including the presenters, and helps you to understand where this story of scandal, bribery and murder might end up. The Crisis is a brave and resourceful attempt to reframe the climate crisis in an immediately human light, to demonstrate that the mining of fossil fuels can cause direct harm to people long before the effects of environmental change do.

Tumble
beta.prx.org
This US podcast has been going since 2015 and is presented by teacher Marshall Escamilla and science journalist Lindsay Patterson. Voicemail questions are sent in by listeners, who are encouraged by Escamilla and Patterson to think like scientists (eg: why do you think owls sleep during the day?). The result is a warm and engaging show that doesn’t just broadcast at kids but includes them too. Episodes are between 15 and 20 minutes long, and discuss questions such as: do trees fart? and: what’s inside an atom? A couple of episodes answer children’s coronavirus questions. Good for six- to 12-year-olds.

Mysteries of Science
funkidslive.com
A brand new show from the monthly Science + Nature magazine and Fun Kids Radio. Hosted by the mag’s Dan Green and Ciaran Sneddon, this nicely put together podcast examines longstanding scientific puzzles and is aimed at eight- to 15-year-olds. The opening episode, which tackles the slightly over-investigated Loch Ness monster, includes an interview with a monster-spotter who’s lived beside of the loch since 1991, plus a man who’s made a database of sightings. More interesting than you might expect … Future programmes will tackle mysteries such as UFOs, the Easter Island statues and Big Foot, and the show will be fortnightly from 31 May.

Maddie’s Sound Explorers
sonymusic.co.uk
This newish podcast (it started last September) is a sweet show for younger children (three to eight years old, I’d say). Presented by the friendly and clear Maddie Moate, each episode uses sound to explore scientific questions sent in by listeners, such as: what are birds saying? and: what is the noisiest cereal? The questions are mostly rooted in everyday life, which helps with little kids, though there is ambition here too – I enjoyed the aural recreation of the big bang. Nice use of music and interviews, as well as the sounds of the title, make this a gorgeous listen. 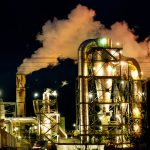 Opinion | The White House Says the U.S. Lags Behind China on Clean Technology