Trillions of dollars poured into rescuing economies around the world from the Covid-19 crisis have been spent in ways that worsen the climate crisis and harm nature because governments have failed to fulfil promises of a “green recovery” from the pandemic.

Only about a tenth of the $17tn in bailouts provided by governments since the start of the pandemic was spent on activities that reduced greenhouse gas emissions or restored the natural world, according to analysis from Vivid Economics, published on Thursday.

Of the total spending, most went on emergency measures, such as wage payments, to keep economies afloat. But about $4.8tn of the spending, including outlays on road construction, bailouts for airlines, and boosts to food production, had a clear environmental impact – and Vivid Economics found that most of that impact was negative.

About $3tn was spent in ways that would increase greenhouse emissions and harm the natural world, outweighing the $1.8tn spent globally on green projects, such as renewable energy and low-carbon transport.

Jeffrey Beyer, an economist at Vivid Economics and lead author of the report, said the “green recovery” that many governments promised last year had not materialised.

He said: “Definitely governments could have done better. They’re spending public money on things that harm the public. It’s just shocking and impossible to justify. In some instances it would also have been cheaper to make better decisions.”

Renewable energy, for instance, is cheaper than fossil fuels for power generation in most parts of the world, while the cost of electric vehicles has also dropped rapidly.

Few governments had taken account of the impacts of nature, and in some cases they loosened environmental regulations, such as legal restrictions on logging and the need for environmental impact assessments for developments, citing Covid-19 as the reason, with little justification.

Beyer added: “We did not see a sufficient shift to green spending. It’s hard to be optimistic when you look at the evidence about how much climate change and nature have really not been considered in public spending decisions.”

Economic stimulus spending had a negative environmental impact in 20 of the 30 countries that Vivid surveyed. The EU as a whole, Denmark, France, Spain and Germany, all made a strong show by turning more of their stimulus spending to environmentally beneficial ends. But some leading economies did not act so well; China and India spent far more on projects that would harm the climate and nature, such as coal-fired power plants. Russia came bottom of the league in terms of the harm caused by its stimulus.

The picture in the UK was “mixed”, said Beyer. The British government brought forward a 10-point plan, including investments in offshore wind energy and low-carbon innovations. However, ministers scrapped the green homes grant, a programme to help insulate housing, after only six months and following a litany of failures.

The US stimulus has also been altered, with political wrangling over Joe Biden’s planned $2tn package having reduced the amounts to be spent on “green” job creation in areas such as renewable energy. Beyer said the full impacts of the US spending plans were not yet clear.

Brian O’Callaghan, lead researcher on the Oxford University Economic Recovery project, said analysis by the Oxford Global Recovery Observatory had found more than 560 examples of environmentally positive spending. He said there was still uncertainty over what would happen to stimulus spending, especially in view of the new variants of Covid-19.

“Despite lacklustre green investment to date, there remain strong opportunities for governments to jump on to green industry transitions to bring economic recovery alongside environmental progress,” he said.

Vaccine programmes would help countries further shift their spending to a long-term focus, which would help with green investment, O’Callaghan said. “Policymakers must consider how green incentives can be integrated to traditionally neutral spending – for instance, requiring new hospitals to have the highest standards of energy efficiency, requiring new schools to be 100% powered by renewables, or mandating that all government-funded construction follows green procurement standards.”

Edward Barbier, professor of economics at Colorado State University and author of a landmark report on the 2008-09 financial crisis, which found about 16% of the stimulus then was “green”, agreed. He said: “It is understandable that some of this additional stimulus [for Covid-19] is less green than anticipated. But for it to be environmentally harmful and damaging to nature is inexcusable and ultimately will make many worse off for failing to head off the looming climate crisis and other global environmental risks.”

He urged the G20, whose ministers and leaders will discuss the recovery from Covid alongside the climate crisis in meetings ahead of the Cop26 climate talks in November, to step up their efforts.

“At some point, we need to transition from stimulating the existing ‘brown’ economy and implement long-term investment and pricing reforms to create the infrastructure, innovation and incentives for the green economy we want and urgently need.

“The major economies of the G20 must take the lead on such a global strategy. As this report shows, they are failing so far to do so. It is imperative that the G20 take up this challenge immediately and begin formulating a post-Covid green recovery strategy as a collective priority.”

‘It’s like a rocket ship’: videos show petrolheads behind the wheel of an electric car | Electric vehicles 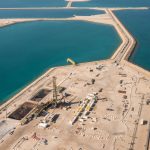