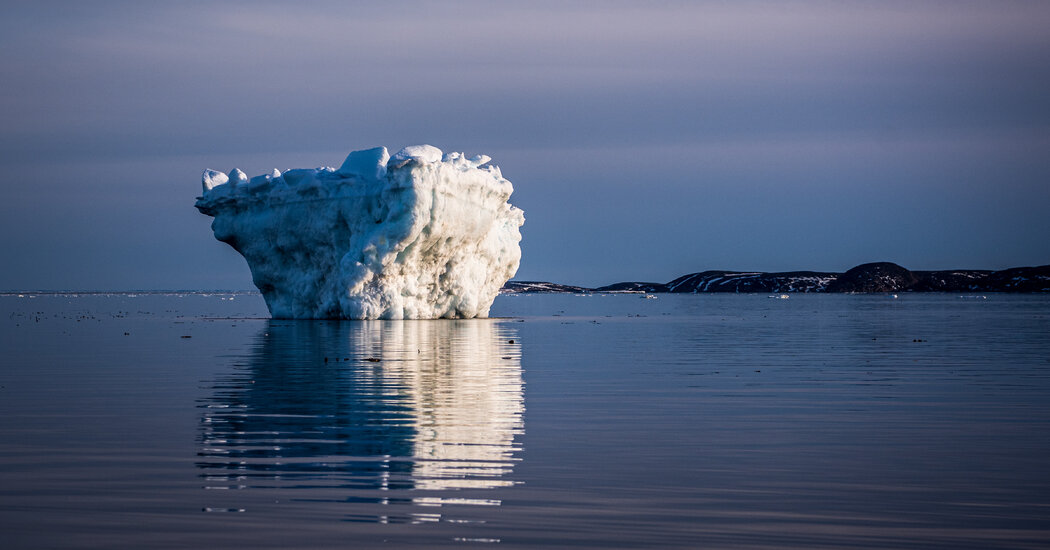 OTTAWA — Prime Minister Justin Trudeau of Canada will arrive for President Biden’s climate summit on Thursday with an outsize reputation for being a warrior in the global fight against climate change.

But one facet of Canada’s economy complicates his record: the country’s insistence on expanding output from its oil sands.

Between Mr. Trudeau’s election in 2015 and 2019, Canada’s greenhouse gas emissions increased by 1 percent, despite decreases in other rich nations during the same period, according to government data released last week. In fact, Canada is the only Group of 7 country whose emissions have risen since the Paris climate agreement was signed six years ago.

As one of the world’s largest oil reserves, the oil sands are also among the most polluting, given the amount of energy required to extract it. But it’s unlikely that Mr. Trudeau would end production there.

The oil sands are integral to the economy of the western province of Alberta. If Mr. Trudeau or any other Canadian politician declared them obsolete, the political backlash would be overwhelming.

“There’s a disconnect, at least on the international stage, between Canada’s reputation on climate and the reality of action on the ground,” said Catherine Abreu, the executive director of Climate Action Network Canada, a coalition of about 100 labor, Indigenous, environmental and religious groups. “We really have to stop selling ourselves that perhaps comforting, but dangerous, lie that there is room for the oil sands in the future.”

Tim McMillan, president and chief executive of the Canadian Association of Petroleum Producers, which represents oil companies, said in a statement that average emissions per barrel of oil from the oil sands have decreased by 21 percent since 2009, and are projected to drop further.

Few dispute Mr. Trudeau’s commitment to stopping climate change. Canada increased its carbon price — which provinces must adopt or have imposed by the federal government — to 40 Canadian dollars a metric ton this month and it is scheduled to rise to 170 dollars by the end of the decade. The government has also moved forward on clean fuel standards, as well as limiting leaks of methane, a potent climate change gas, and other measures.

On Monday, Canada said it is on track for a 36 percent emissions reduction by 2030, compared with 2005 levels.

Now Mr. Biden has made climate a central issue for his administration. At the summit, he is expected to announce that the United States will cut its greenhouse gas emissions by about half by 2030, compared with 2005 levels.

Mr. Trudeau is expected to announce a new reduction target for the same period, but few experts expect him to match Mr. Biden’s cut.

The timing could leave Canada in a bind, according to Dale Beugin, vice president for research and analysis at the Canadian Institute for Climate Choices, a nonpartisan research group.

Canada will need to take additional measures, Mr. Beugin said, because Canada’s carbon tax, combined with other existing policies, will be “just barely” enough for it to reach its current target. “If they go bigger,” he asked, “what else are they going to do?”

If Canada lags too far behind the United States in reducing emissions, it could face repercussions, including the imposition of U.S. carbon tariffs on Canadian goods crossing the border, said Jake Schmidt of the Natural Resources Defense Council, an environmental advocacy group.

“It’ll be quite obvious to the world who’s really serious about climate change and who’s taking half measures,” he added.

Canada’s environment minister, Jonathan Wilkinson, declined to reveal the country’s new target in advance of the summit. But he cautioned against judging countries solely by the targets they present this week.

The United States, he said, is in a much better position to realistically propose big cuts in the near term, adding while the United States was encouraging the world to ignore climate change the past few years, Canada was plowing forward.

“The United States perhaps has some things that it can learn from the experiences that we’ve had,” he said.

Mr. Biden’s climate agenda, Mr. Wilkinson argued, benefits from some low-hanging fruit: the large amount of electricity still produced by burning coal and other fossil fuels. The falling cost of renewable energy is already reducing the use of coal, pushing down U.S. emissions.

“The United States, in some respects, has a pretty big tail wind with respect to the increasing phaseout of coal,” he said.

Canada, by contrast, long ago largely cleaned up that sector. Today about 82 percent of its electricity comes from sources that do not emit carbon, the largest one being hydroelectric dams. In 2019, emissions from Canada’s electricity generation fell below oil sands emissions for the first time.

But what coal-fired power is to the United States’ emissions profile, some say, the oil sands are to Canada’s.

Mr. Wilkinson has acknowledged that Canada will need to make significant cuts to oils sands emissions, though it’s not entirely clear how that can be done while maintaining or even increasing oil exports, largely to the United States. He said that the United States will also need to tackle emissions from its own oil and gas industry, which is far larger than Canada’s.

Oil sands producers regularly highlight their efforts to reduce the number of emissions per barrel. But Andrew Leach, an energy and environment economist at the University of Alberta, said that the recent emissions improvements in the oil sands have mainly come from projects that were large carbon emitters but not the largest operations.

While there have been some reductions of oil sands emissions per barrel, the steady increase in production has more than wiped out those gains.

No projects to date have used hydrogen to replace the vast amounts of natural gas used to separate the oil-bearing bitumen from rock and sand and then to process it. And a heavily promoted technology to capture carbon dioxide and store it underground is only being used at a single plant that turns bitumen into crude oil.

“We still have a huge challenge,” said Professor Leach. “You see people almost declaring victory before the first battle’s been fought.”

In its budget this week, Mr. Trudeau’s government set aside 2 billion Canadian dollars to offer Canadian industries a tax credit for carbon capture, but its details still need to be worked out.

The offer comes a month after Jason Kenney, the Conservative premier of Alberta, called on Mr. Trudeau’s government to provide 30 billion Canadian dollars for the development of carbon capture technologies.

While a step of that magnitude might be popular in Alberta, where Mr. Trudeau attracts little support, it could be seen as an oil industry subsidy and alienate voters elsewhere in country who support the Liberals, carbon taxes and other climate measures.

Many environmentalists in Canada say that rather than subsidize the energy industry, Mr. Trudeau’s government should openly acknowledge that the oil sands are a declining industry and start focusing on managing that decline and investing in new job opportunities for its thousands of workers.

“Canada’s oil gas sector produces some of the dirtiest and most expensive fossil fuels in the world,” said Ms. Abreu of Climate Action Network Canada. “It’s really unrealistic for governments in this country to keep telling the public that we can expect that industry to continue indefinitely.” 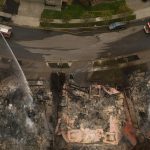