Turkey has launched an international appeal for help in taming fires raging across the country that have killed eight people in recent days, as what has been described as one of the worst heatwaves in decades intensifies in south-east Europe.

Following criticism of the Turkish president, Recep Tayyip Erdoğan, after it emerged that Turkey has no firefighting planes, authorities in Istanbul were promised water-dropping planes from the European Union. The country is battling deadly wildfires along its coastline for a sixth day.

Nearly 95,000 hectares have been devastated by the flames so far this year, compared with an average of 13,516 at the same point in the years from 2008 to 2020. Turkey’s defence ministry released satellite images showing the extent of the damage, with forest areas turned black and smoke still visible.

Wildfires have also broken out across much of southern Europe, including Greece, Spain and Italy, with temperatures rising above 40C (104F), forcing hundreds to evacuate.

Temperatures reached 45C (113 F) in Greece, which is using old power stations to cope with demand for air conditioning. Workers with health conditions have also been allowed to take time off work.

A major blaze broke out early on Saturday near Patras in western Greece and five villages have been evacuated. Eight people in the region were hospitalised with burns and respiratory problems.

Cyprus, recovering from a major wildfire last month, has kept water-dropping planes on patrol to respond to fires as they break out. “If you don’t react right away with a massive response to any outbreak, things can turn difficult quickly,” forestry service chief Charalambos Alexandrou told state-run media.

At least five people have been wounded, 30 more treated for light smoke inhalation, and holidaymakers evacuated after wildfires devastated a pine wood near a beach in Pescara, Italy. The country has recorded more than 800 wildfires, according to authorities, the majority in Sicily, with hundreds of tourists and inhabitants evacuated from their homes after a series of wildfires broke out in Palermo and Catania.

“We have had difficult years in our history in the fight against wildfires, but this year is likely to be the worst,” said Fabrizio Curcio, head of Italy’s civil protection. “About 33% of the distress calls were launched in the last week alone.”

Dann Mitchell, a professor of climate science at the University of Bristol, told AP that the heatwave in south-east Europe “is not at all unexpected, and very likely enhanced due to human-induced climate change”. 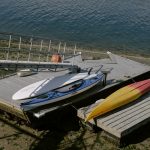 Climate crisis: 50 photos of extreme weather around the world – in pictures 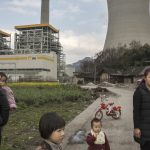