Ministers are resisting calls to reduce VAT on green home improvements, despite pleas from MPs and builders, as they prepare to set out a national strategy for cutting greenhouse gas emissions from home heating.

Heating Britain’s homes accounts for about 14% of the UK’s greenhouse gas emissions, and that number has barely budged in the past decade. This year, ministers scrapped the green homes grant, a scheme to subsidise insulation and low-carbon heating systems, after only six months. This left the UK with no plan to bring homes into line with the government’s commitment to reach net zero emissions by 2050.

The Department for Business, Energy and Industrial Strategy has been preparing a new heat and buildings policy to solve the problem, which may finally be published this week. However, the Treasury seems intent on leaving out a key plank of the strategy that has the support of MPs, the construction industry, green experts and campaigners.

In a letter seen by the Guardian, in response to a request to consider VAT cuts for green home improvements, the Treasury minister Jesse Norman wrote last month: “The government has no plans to change the VAT treatment of energy-saving materials at this time.”

Norman argued: “I have some concerns that the intended behavioural changes [following a cut in VAT on green home improvements] would not be borne out in practice. For example, even if heat pumps were zero-rated for VAT, this would still not bridge the price gap with gas boilers, meaning uptake would still be low. That being the case, alternative ways in which to encourage the use of heat pumps are more appropriate.”

Adrian Ramsay, the chief executive of the MCS Charitable Foundation, to which the letter was sent, said many people were put off making such improvements by the additional cost of VAT.

In October 2019, the government increased the VAT rate from 5% to 20% on installations of a range of low-carbon goods including many solar panels – especially those with batteries – as well as domestic wind turbine systems, heat pumps and insulation materials. The higher rate is charged where the price of materials exceeds 60% of the installation cost, with exemptions for some cases of social need, such as care homes.

Householders who want to refurbish their homes to a green standard are also faced with 20% VAT on the cost of doing so, while new construction is zero-rated for VAT. For instance, in one case cited by MCS, the refurbishment of former Ministry of Defence accommodation in East Meon, Hampshire – which was turned into an eco-tourism site – cost £1.2m, of which £200,000 was VAT.

Ramsay, whose charity promotes the take-up of low-carbon technologies, said: “The government is wanting to encourage everyone to install energy efficiency measures, refurbish their homes and change heating systems to zero-carbon options such as heat pumps, but has the affront to charge up to 20% VAT to make a home energy efficient.

“The current rate of 20% VAT on refurbishment costs for an eco-project shows how the tax system is working against the retrofitting agenda and actively encouraging developers and others towards the ‘knock down and rebuild’ route, which has a 0% VAT rate [but] releases embodied carbon, rather than saving it.”

An influential select committee of MPs also called for VAT on green home improvements to be cut in February.

The heat and buildings strategy is expected to address the stubborn problem of moving people away from gas boilers and on to heat pumps, and insulating the UK’s draughty housing stock. The last decade has seen the government largely fail to make any dent in the UK’s high emissions from homes.

The problem has been added to by ministers’ refusal to bring forward more stringent building standards for new-build homes. This means that 1m new homes built in recent years also require refurbishment, at a higher cost to homeowners than the cost to developers of building them to a green standard in the first place.

Ed Matthew, the campaigns director of the thinktank E3G, said the government must take a series of measures to make Britain’s homes greener, including introducing a new insulation programme, tax breaks such as stamp duty relief for green homes, and green mortgages.

He said: “To get on track to net zero we need to retrofit an average of 1m homes a year, replacing gas boilers and insulating the walls, floors and roofs. The only way to make this happen is to roll out a major green homes infrastructure programme and provide generous grants and tax breaks, to make it affordable for everyone. Investing in green homes is the single most effective action the Treasury can take to level up, cut our emissions, boost the UK economy and create jobs in every corner of the UK.”

A government spokesperson said: “The UK is leading the way in fighting climate change. We are supporting lower income households to make the transition to net zero – as a result of government policy, energy bills are lower today than they were in 2010. As we transition away from fossil fuel boilers to more efficient alternatives, which can lower energy costs overall, we will use targeted measures to incentivise the switch.” 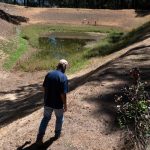