Air passenger duty is set to be cut on domestic flights after the prime minister signalled his support for reform to bolster air links around the UK.

Lower rates for UK internal flights or an exemption for return legs will be considered.

The news will come as some relief to the beleaguered aviation industry, whose complaints about the level of duty predate the Covid-19 crisis, but environmental groups said the move was “nonsensical” and “beggared belief” in the face of climate change.

The tax currently stands at a minimum £13 per passenger departing from a UK airport, and similar – but lower – levies only exist in a few other European countries.

The rate of APD was increased in last week’s budget by £2 for economy long-haul flights to £84 per person, but frozen for all short-haul flights (including domestic).

The aviation industry has been increasingly outspoken about the lack of government support during the pandemic. Ryanair’s Michael O’Leary repeatedly urged MPs to focus on reforming APD at a select committee hearing last week.

The duty has been seen as particularly unfair on domestic flying, as it means an internal return flight pays double the tax of the furthest European return – putting a particular burden on the likes of Flybe, the regional carrier which went bust at the start of the pandemic in 2020.

In a statement released by the Department for Transport (DfT), the prime minister, Boris Johnson, said: “I want to cut passenger duty on domestic flights so we can support connectivity across the country.”

Airport Operators Association chief executive Karen Dee welcomed the move. She said: “Domestic aviation suffered a double-hit in the last year, with the collapse of Flybe and the Covid-19 pandemic, and this offers a glimmer of hope for the future.”

But Dr Doug Parr, chief scientist for Greenpeace UK, said: “After the fuel duty freeze and rail fare rises, cutting duty on domestic flights would continue our nonsensical trend of the higher the carbon, the lower the tax.

“The government needs to face up to the unavoidable reality that the aviation industry has to be smaller than it was before the pandemic, and get on with the vital job of making that process as painless as possible for the workers, and with the lowest possible impact on the climate.”

Friends of the Earth climate campaigner Jenny Bates said: “It beggars belief that ministers would cut domestic air passenger duty and encourage more people to fly around the UK.

“Our climate has been paying the price for cheap air travel for far too long. A government committed to confronting the climate emergency should be taking steps to make public transport more affordable – not reducing the cost of high-carbon air travel.”

Paul Tuohy, chief executive of Campaign for Better Transport, said it was “enormously disappointing, especially coming a week after a rail fare rise and fuel duty freeze, and makes a mockery of our climate commitments”.

The DfT said it would “continue to decarbonise domestic aviation as part of our ambition to reach net zero, including through mandating the use of sustainable aviation fuels.” Unlike international flights, domestic aviation emissions are included in national carbon budgets.

The consultation on cutting APD for domestic flights will be launched in the next three months as part of a government drive to boost transport connectivity between the whole of the UK, which will also see it commit £20m to develop plans to upgrade rail, road, sea and air links between the four home nations.

Johnson said the government would “harness the incredible power of infrastructure to level up parts of our country that have too long been left off the transport map”.

Sir Peter Hendy’s Union Connectivity Review, commissioned by Johnson, has published interim recommendations for a strategic transport network, which would include significantly faster rail links from England to Scotland, and rail improvements in southeast Wales based on the Welsh government’s Burns Commission plans. The government said the environmental and social impact would be taken into account.

Investigations into Johnson’s proposed bridge or tunnel under the Irish Sea to link Northern Ireland to mainland Britain have been delegated by Hendy to former HS2 chairman Doug Oakervee. 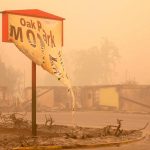 Taxpayers could save $7.8bn a year if diesel fuel rebates scheme was wound back | Australian politics