The Victorian government has given consent for a gas company to produce gas extracted from beneath a national park in the state’s south-west, near the celebrated tourist site the Twelve Apostles.

Documents tabled in Victorian parliament earlier this month show Lily D’Ambrosio, the state energy and climate change minister, gave consent for an existing exploration gas well underneath the Port Campbell national park to be developed into a production well.

The South Australian oil and gas company Beach Energy has had permission to explore for gas just outside the national park in south-west Victoria since May 2019. The onshore drill site is 450m outside the park, but the bore extends 3.5km out into the ocean, including a 1.3km stretch passing underneath the national park.

The company’s work at the site became public in June this year when the federal Department of Industry, Science, Energy and Resources released maps showing areas that had previously been opened to exploration and extraction. The maps revealed the drill site was roughly 5km from the Twelve Apostles and the Great Ocean Road.

Beach Energy, an ASX-listed company, applied in February to convert its exploration well into a production well, meaning it could begin extracting commercial quantities from the reservoir.

As the project involved drilling beneath a national park, it required D’Ambrosio’s consent before the state agency Earth Resources Regulation could give final approval. The consent signed by D’Ambrosio says no work can be conducted within the national park. It says the operation is “located on modified freehold land that is considered sufficiently remote enough from any National Parks Act area”.

The Victorian Greens deputy leader, Ellen Sandell, said state support for fossil fuel expansion was “bonkers”, particularly in the wake of a landmark Intergovernmental Panel on Climate Change report that confirmed greenhouse gas emissions from human activity was unequivocally changing the Earth’s climate in ways “unprecedented” for thousands of years.

She said no one would visit the Twelve Apostles “if it’s surrounded by gas drilling rigs”.

“The risks are very profound for our climate. We know that burning any more gas is contributing to more fires, more floods,” she said. “There’s also risks to the marine environment – this is an area that is a migratory path for humpback whales and the southern wright whale.”

A Victorian government spokesperson said the Twelve Apostles were protected as a marine national park, separate to the Port Campbell national park, and no drilling could occur within its boundaries.

They said offshore drilling was “subject to strict environmental and safety regulations led by the national authority”.

The spokesperson said the IPCC report was “a crucial wake-up call to governments who have sat on their hands for too long”, and the state had announced a climate change strategy that included a plan to halve the state’s emissions by 2030.

Anthony Hurst, executive director of Earth Resources Regulation, said strict regulations would “ensure the precious environmental and cultural value of the Port Campbell national park, including the Twelve Apostles, continues to be protected”.

He said Beach Energy had reported early last year that it had drilled the exploration well, known as Exploration 1, using extended reach drilling from an onshore drill pad. It said it had discovered gas “in a geological formation more than 2km beneath the seafloor”.

“The site has been declared as a location, which means that it can now be subject to a production licence application,” Hurst said.

He said if a production licence was granted the state regulator would work with the commonwealth National Offshore Petroleum Safety and Environmental Management Authority (Nopsema) to assess any future applications for operational plans to ensure their compliance with environmental safeguards.

“Any operations will only see activity above ground within Beach Energy’s existing onshore footprint,” he said. “This discovery enables Beach Energy to potentially boost Victoria’s gas supply with no need to disrupt the marine environment.”

The Victorian government consent decision comes as federal and state governments push to open up new gas basins on and offshore to boost supplies. Meanwhile, scientists, analysts and activists have suggested Australia could embark on an electrification drive to replace gas with renewable energy wherever possible.

The International Energy Agency said in May that limiting global heating to 1.5C, a goal set out in the Paris agreement, would mean exploration and exploitation of new fossil fuels had to stop this year.

Residents of Tasmania’s King Island, in Bass Strait, are opposing planned seismic testing about 27km off its coast.

The island’s mayor, Julie Arnold, said residents were concerned about the impact of the testing, which has been approved by Nopsema, on local fisheries. There had been little scientific research into what damage could be done, she said.

“My community is frustrated,” Arnold said. “We believe our concerns have not been given the level of importance we believe they are entitled to.” 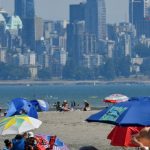