Seven other Australian high school students and I made history on Thursday. We sat in the federal court in Sydney, holding hands and barely breathing, and heard Justice Mordecai Bromberg say that our federal environment minister, Sussan Ley, has a duty to take reasonable care not to cause young people injury from the harms of climate change.

This is a world first. And, to be honest, I think I’m still in shock.

We’ve been working on this case for over a year and a half – through the Covid-19 pandemic, continued school strike organising, and my HSC.

But it’s hard to get on with the normal stuff when we know that, as young people, our future is existentially threatened.

We are destined to bear the brunt of global warming. I felt relieved to have that recognised by Bromberg, to hear him agree that climate change will cause catastrophic harm. Those were his exact words.

This judgment validated the vulnerability of young people like myself – passionate climate warriors, sure, but also always scared, disempowered and facing inconceivable futures that adults won’t have to live through.

Young people are more vulnerable to climate impacts. We can’t vote, we can’t run for elections. Instead we rely on adults to take care of the world we are going to inherit.

As a student striker, I’m used to being dismissed by adults. This extends to our political leaders – from the inaction of Scott Morrison, to the unambitious climate and energy policies of both major parties, to the disappointing displays of inaction on a global stage. As passionate young people, there is nothing more despairing than watching our leaders have so much ambition for themselves, and so little for our country.

So for me, Thursday’s judgment is both exciting and relieving. But it’s not over yet.

While we won recognition of a duty of care, we didn’t get the court order we were hoping for. We asked the court to grant an injunction preventing the environment minister from making a future decision to approve the Vickery extension project, a coalmine in northern New South Wales.

The court did not grant this injunction – but it did order both parties to come together to find a way forward. This is an exciting opportunity to pursue different orders from the court and make further submissions on this newly established duty of care and what it means for the environment minister’s decision. It is possible that we can still stop this project and its projected 25 years of emissions.

The impact of the judgment is still to be seen, but this newly found duty of care could affect not only Ley’s decision about the Vickery project, but future decisions around fossil-fuel projects too.

This case was about young people stepping up and being heard in court, as we demand more from the adults whose actions risk our future wellbeing.

The eight of us are just the tip of the proverbial melting iceberg. This class action was filed on behalf of all young people around the world and we received almost 2,000 messages of support from young people in 39 countries on almost every continent. I’m proud to have represented these young people, especially those at the intersection of the frontlines of climate impacts and the vulnerabilities of being a person of colour, living rurally and regionally, or being disabled.

I hope any young person who feels worried about their future, or frustrated about the state of inaction, feels assured that they can generate change, and becomes even more inspired to push for stronger, faster and deeper cuts to carbon emissions worldwide.

This win belongs to young people everywhere. And it’s a testament to the adults out there who are putting in the work and have supported us through this case, like our litigation team and our wonderful litigation guardian, Sister Brigid Arthur.

Our future depends on the world stepping away from fossil-fuel projects. Burning coal is the single largest contributor to the climate crisis and Australia is the world’s largest coal exporter, even though we have some of the world’s best renewable energy opportunities, with abundant sun and wind.

We should be leading the charge against climate change.

Australia needs a just transition and job creation for all fossil-fuel workers and communities who deserve employment that will still be viable in a few decades, but instead we’re trapped by a partisan debate fuelled by big industry interests.

The fight is not over. Our legal battle is not over. My heart’s a bit lighter though. I feel hopeful. I feel proud. I feel listened to, acknowledged, and valued.

Now we just have to do the same for our environment. 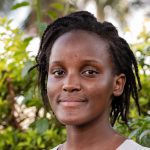 Erased From a Davos Photo, a Ugandan Climate Activist Is Back in the Picture