The Labour-led Welsh government is to freeze new road-building projects as part of its plans to tackle the climate emergency, and an external panel will review all proposed schemes.

The deputy minister for climate change, Lee Waters, is to tell the Welsh parliament on Tuesday afternoon: “Since 1990, Welsh emissions have fallen by 31%. But to reach our statutory target of net zero emissions by 2050, we need to do much more.

“In the next 10 years, we are going to need to more than double all the cuts we have managed over the last 30 years if we are going to keep temperature rises within safe limits. That means changes in all parts of our lives. Transport makes up some 17% of our total emissions and so must play its part.

“We need a shift away from spending money on projects that encourage more people to drive, and spend more money on maintaining our roads and investing in real alternatives that give people a meaningful choice.”

The announcement means plans for a third Anglesey crossing will be put on hold. However, projects that are under way, such as the Heads of the Valleys road in south Wales, are expected to continue.

The full terms of reference for the review will be published in due course. The review is expected to consider how the devolved government can shift spending towards better maintaining existing roads rather than building new ones, and to look at all proposed road investments, whether funded directly by the Welsh government or indirectly by grants.

The membership of the external panel that will carry out the review will be announced at a later date. The panel will be asked to consider setting tests that would help to determine when new roads are the right solutions for transport problems.

Sophie Howe, the future generations commissioner for Wales, said it was an important decision. “This is a huge step in the right direction for the healthier, resilient and more equal Wales,” she said.

“Wales has for too long been prioritising cars over people. I’m hopeful that this new decision signals more of the radical action that will be taken by the Welsh government’s new climate change ministry.

“An overreliance on the car has led to increased noise, poorer air quality, time wasted in traffic and an unacceptable burden on communities living near our most congested roads, often in areas where fewer people drive a car.”

Too hot to work: the dire impact of extreme heat on outdoor US jobs | Extreme weather 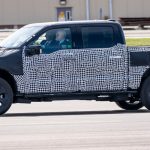