At about 5pm last Tuesday, as heavy rainfall continued to pound her apartment building in Zhengzhou, the climate policy researcher Zhang Jin headed out to her local supermarket. But the buns and vegetables were almost all gone, and the queue in the supermarket was “over a hundred metres’ long”, she later recalled.

After learning that some of her relatives were trapped elsewhere in the city, she decided to drive out to help them. But she was surprised to discover other drivers abandoning their vehicles. Zhang realised something was very wrong, and turned back.

“Even though I have knowledge of climate change, I wasn’t fully aware that natural disasters triggered by climate change could arrive at any time,” the 32-year-old said. “Let alone non-specialists [in climate], or government officials.”

The Chinese government appears to have been caught equally by surprise. Heavy rains and floods in the past week have so far cost at least 63 lives in one of China’s most agriculture-focused and populous provinces, Henan, affecting more than 11 million people, many of them in Zhengzhou, the provincial capital. The government estimated the economic cost to be at least ¥65bn (£7.3bn).

Sinkholes have opened on some road surfaces, raising concerns about the quality of their construction, while others have questioned the disaster response.

Local meteorological authorities claimed that they had issued the highest-level alert. However, China had yet to develop a coordinated emergency response mechanism for such situations, said Cheng Xiaotao, a member of the China national committee on disaster reduction.

“For example, after the warnings, under what circumstance should we halt work and manufacturing? How should various [government] departments coordinate with each other?  How to despatch various disaster relief resources? And what are the actual emergency actions to take in response?” Cheng asked in Chinese media.

The media and ordinary citizens have begun to discuss the role of the climate crisis in the disaster, and asking to what extent the government is prepared for future climate emergencies.

Shortly after the heavy rainfall made national headlines, official Chinese media outlets began to publish articles asking whether the floods, and recent disasters elsewhere in the world, were related to the climate crisis.

“As extreme weather occurs in many parts of the world of late, is there anything common behind them?” asked an article published on Thursday on several official Chinese-language websites, including the official news agency Xinhua and the Central Commission for Discipline Inspection. “What can we do when facing such natural disasters?”

Quoting Petteri Taalas, the secretary general of the World Meteorological Organisation, the article noted: “Had it not been [for] climate change, we wouldn’t have observed such high temperatures in Canada and on the west coast of the United States. This is an obvious sign of climate change.”

The next day, Jia Xiaolong, the deputy head of the national climate centre, told China News Agency that the heavy rainfalls in Henan occurred “against the backdrop of global warming”.

“This year, whether it’s in China or elsewhere in the world, the frequency and intensity of extreme weather events are all closely related to global warming,” he said.

It is not the first time Jia spoke of the danger of the climate crisis. Last summer, he told the national broadcaster CCTV that extreme weather events “will occur more frequently in China as a result of global warming – something the country is particularly vulnerable to”.

Awareness of the climate emergency has been growing in China over the last decade, in part due to Beijing’s involvement in high-profile international initiatives such as the Paris agreement. In a China Center for Climate Change Communication survey in 2012, 55% of the respondents said the climate crisis was mostly caused by human activities. In 2017, 75.2% believed they had already experienced impacts of the climate emergency, and nearly 80% were worried about it.

But to Zhang, last week’s massive flooding and its devastating human costs – which some Chinese media have described as “unseen in 1,000 years” – is a reminder that the impact of extreme weather events can only be minimised with a better emergency response mechanism and the public’s engagement.

“It’s absolutely necessary to strengthen the public’s knowledge [of the climate crisis],” she said. “We cannot wait until the arrival of disasters to face them.” 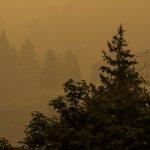 Finding the ‘Believers’ Who Will Remake a Damaged Earth