A quarter of a century after he founded Amazon in a Seattle garage, Jeff Bezos is preparing to loosen his grip on his $1.7tn (£1.2tn) company. Few employees in the sphere conservatories at Amazon’s sprawling Seattle campus headquarters reckon Bezos will relinquish that much of his iron grip on the company’s big decisions when Andy Jassy succeeds him as CEO on Monday. After all, Bezos will become executive chairman of Amazon’s board and remains the company’s biggest shareholder. But Bezos, 57, told his 1.3 million employees (whom he refers to as “fellow Amazonians”) that “as much as I still tap dance into the office, I’m excited about this transition”.

“I’ve never had more energy, and this isn’t about retiring,” he said. “I intend to focus my energies and attention on new products and early initiatives … I’m super passionate about the impact I think these organisations can have.”

First among those is Blue Origin, his space company. Bezos was named valedictorian of his high school class and when he graduated in 1982, the Miami Herald asked for an interview. The 18-year-old Bezos told the paper he wanted to “build space hotels, amusement parks and colonies for 2 million or 3 million people who would be in orbit”.

“The whole idea is to preserve the Earth,” he told the paper. “The goal was to be able to evacuate humans. The planet would become a park.”

On 20 July, Bezos will be joined by his brother, Mark, on the first flight aboard its New Shepard space capsule. “Ever since I was five years old, I’ve dreamed of travelling to space,” Bezos said in an Instagram post. “I will take that journey with my brother. The greatest adventure, with my best friend.”

Bezos is also expected to devote more time to the Washington Post, the newspaper he bought in 2013 for $250m. He has been credited with bringing the paper into the digital era after decades of decline and concern about its future as a going concern. The Post was given a prominent position on Amazon devices such as the Kindle.

“I didn’t know anything about the newspaper business … But I did know something about the internet,” Bezos said in an interview soon after he took over.

The world’s richest person with an estimated $199bn fortune will also turn his attention to giving more of his wealth away to good causes. Bezos is unique among the world’s five wealthiest people as the only one not to have signed the Giving Pledge, a philanthropic initiative created by Bill Gates and the investor Warren Buffett to encourage the world’s richest people to commit to giving at least half of their wealth to charity.

In 2018, Bezos gave $2bn, just over 1% of his wealth, to the Bezos Day One Fund to help address homelessness and improve education for children in low-income families. He has also created the Bezos Earth Fund, a $10bn initiative to support scientists, activists and charities working to tackle the climate crisis.

“Climate change is the biggest threat to our planet,” he said. “I want to work alongside others both to amplify known ways and to explore new ways of fighting the devastating impact of climate change on this planet we all share. This global initiative will fund scientists, activists, NGOs – any effort that offers a real possibility to help preserve and protect the natural world. We can save Earth. It’s going to take collective action from big companies, small companies, nation states, global organisations, and individuals. ⁣⁣Earth is the one thing we all have in common – let’s protect it, together.⁣⁣⁣” 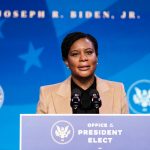 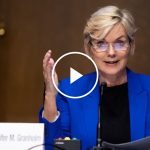 Granholm Sworn In as Energy Secretary 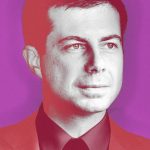