War was still raging in Europe and Asia when delegates from 44 countries met at Bretton Woods in New Hampshire in July 1944. Three weeks of negotiations produced two new global institutions, the International Monetary Fund and the World Bank, and a different economic mindset.

Out went the beggar-my-neighbour approach that had marked the 1930s. In came cooperation to ensure the rebuilding of economies devastated by war and the goal of full employment.

Bretton Woods did not produce the perfect outcome. The UK’s delegate, John Maynard Keynes, argued that if a country ran into balance of payments problems its creditors should be obliged to help out by boosting their imports. The US – the world’s biggest creditor nation at the time – insisted that the burden of adjustment should fall on debtor nations, something that has influenced the way the IMF works ever since.

There are, though, two ways in which Bretton Woods is relevant to today’s world: countries acted early and they acted big. The participating nations didn’t wait for the war to end before coming up with their plans for reconstruction. Nor did they think that the financial cost of achieving victory meant they had to rein in their ambitions. On the contrary, the experience of everything that had happened in the previous decade and a half – the Wall Street Crash, mass unemployment, the rise of fascism, the second world war – made a compelling case for radicalism. The feeling was that the system was broken and had to be fixed.

The situation today has echoes of 1944. Problems began with a deep financial crisis that resulted not in a new approach but in a return to business as usual. Growth stagnated, real incomes were squeezed, voters became angrier and more volatile, the major global powers fell out with each other. The chance to ensure that health systems in poor countries were more resilient to a pandemic was squandered. A decade went by in which the planet grew hotter and not a lot was done about it.

Few summits can match Bretton Woods for impact. Most in recent years have been talkfests and photo opportunities but not much more. That’s often because the attendees have wildly different agendas or can’t stand the sight of each other. It was a bit of both at G7 summits while Donald Trump was in the White House.

The UK will host two important international gatherings in 2021; the G7 summit in Cornwall next month and the Cop26 climate change conference in Glasgow in November. Both could shape the world for the next decade and beyond.

The good news this year is that there is pretty much complete agreement on a number of key issues: the rising number of cases in the UK of the Indian variant of the coronavirus has shown how rich countries will not be secure from the pandemic until poorer countries are vaccinated; more resources will be needed to make that happen; action to tackle climate change is central to building back better; investment in green technology needs to be rapidly ramped up. In previous recessions, tackling global heating was seen as at odds with boosting growth and reducing unemployment, but that is no longer the case.

A report prepared for Boris Johnson for the G7 meeting by the economist Lord Nick Stern makes this point clearly. The world is confronting an interwoven set of challenges spanning health, growth, jobs, climate change and biodiversity, and failure to act on any of the various dimensions of the challenge will weaken progress on the others.

Quite rightly, the report warns of the risk of a lost decade for development in poor countries and weak or stuttering recovery and growth for the world as a whole. “This is therefore a special moment in history, offering the chance, indeed duty, for the G7 to lead a globally coordinated recovery, driven by sustainable investment and innovation by both the private and public sectors.”

The onus is on the host country to make a summit a success and Johnson has not made life any easier for himself by cutting the UK’s aid budget from 0.7% to 0.5%. It is not too late to rectify this error and the prime minister should make it clear that Britain will rescind the cut and use the money to pay its share of a G7 fund designed to ensure blanket vaccine coverage.

Pressure on the G7 to make this commitment is growing. The former prime minister, Gordon Brown, is at the head of an international campaign to persuade the G7 to fill a $20bn financing gap this year. Stern says such action should be the summit’s number one priority.

One legacy of Bretton Woods is that the G7 retains control over the IMF and World Bank, reflecting the global economy as it once was rather than as it currently is. This offends emerging market economies that have grown in importance over the past few decades, and understandably so.

The G7 needs to recognise that with power comes responsibility. In theory, the IMF and the World Bank could provide the stimulus that central banks and finance ministries in rich countries have provided through interest rate cuts, quantitative easing and big increases in public spending. In practice, the crisis has highlighted the limitations of the two Bretton Woods institutions. In the face of a crisis, they have lacked the necessary resources and are not really fit for purpose. The World Bank, in particular, needs to raise its game and the G7 is in a position to ensure that it does.

Put simply, the bolder the G7 is in Cornwall next month the greater chances of success in Glasgow in November. Few summits really matter. This one does. 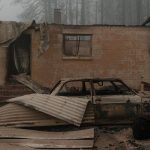 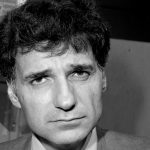 Opinion | How Liberalism Can Succeed