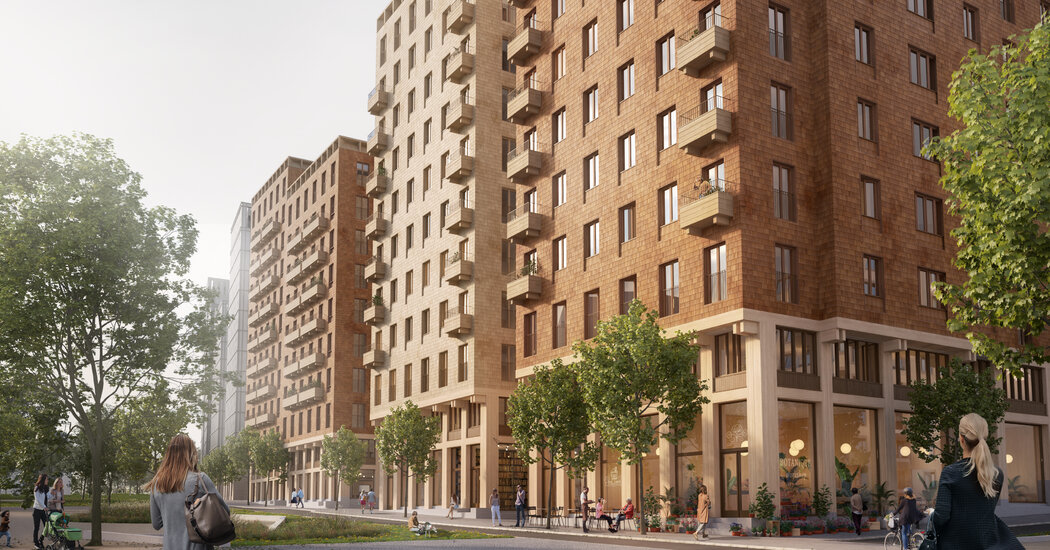 The small city of Vaxjo, population 94,000, sits in the middle of the timberlands of Smaland Province, in southern Sweden. Among municipalities in Sweden, many see Vaxjo as the leader in timber construction, as wooden buildings have been at the center of the city’s strategy since the 1990s. The city government reached its target for at least 50 percent of all new buildings to be timber-framed as of last year, and the municipality says it is now working on new and more ambitious plans for building with wood.

When I visited Vaxjo last summer, Catharina Winberg offered to show me around the city. At the time Ms. Winberg was a local politician and chairwoman of the Vaxjo Kommun Foretag, which oversees much of the building as well as energy production in the city. (Earlier this year she left her position to to return to the private sector.)

What I saw was impressive. Whole sections of land outside of the city center have been designated as timber-only development areas. Around town were dozens of construction sites for timber apartment buildings, schools and more, many of them using energy-saving measures, in varying states of completion.

“We really believe in wood as a material — it’s circular, it’s renewable, and it’s healthy,’’ Ms. Winberg said. “And we have the resources close by, so we might as well take advantage of that.”

She added: “We started to work with this very early, and that has generated a lot of interest. People want to learn about our strategy and see what we’ve done. So we think it’s very important how we carry this on because there’s so many looking to us now.”

The latest flagship project in Vaxjo, now in the final stages of completion, is a glass-panelled timber structure at the center of town that houses the new main train station, City Hall and a small shopping center, with a hotel scheduled to be erected.

“I think people today are longing for things that are genuine,’’ Ms. Winberg said. ‘‘And this is a very genuine place to live, with genuine buildings. They’re made of the forest that we have around us. 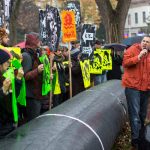 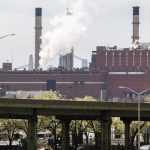 Biden Will Pledge to Cut Greenhouse Gas Emissions Nearly in Half