One in four UK households intend to buy an electric car in the next five years, as a ban on the sale of new petrol and diesel vehicles in 2030 approaches, according to research.

More than 6.5m households plan to buy an electric vehicle or plug-in hybrid, research by the energy watchdog Ofgem has found. This equates to 24%, or nearly one in four, of all energy households.

The climate change committee, an independent public body that advises the UK government and devolved governments, predicts that about 18m battery and plug-in hybrid electric vehicles will be on the road by 2030 when a ban on the sale of new internal combustion vehicles is introduced.

There are more than half a million ultra-low-emission vehicles on Britain’s roads, the Department for Transport said recently. According to the Society of Motor Manufacturers and Traders, nearly one in seven (13.6%) of new cars sold in the past four months were pure battery electric or plug-in hybrids. Electric and hybrid cars made up more than one in 10 sales last year, up from one in 30 the year before.

The Ofgem research also shows that more than a third (38%) of households said they were unlikely to buy an electric vehicle in the next five years, with 59% of them saying the price is too high, 38% voicing concerns about a short battery life and short range, and 36% worried about having nowhere to charge their electric vehicle close to home.

Separate research from BloombergNEF found that the cost of producing electric cars and vans was likely to come down by 2027 and they would be cheaper to buy than petrol cars by 2030.

Jonathan Brearley, Ofgem’s chief executive, said: “As more consumers make the switch to electric vehicles in the next five years, Ofgem will be announcing millions of pounds of investment to create a more flexible energy system to support the electrification of vehicles, renewable generation and low carbon forms of heat.

“Securing the investment is only half of the answer. Climate change can only be tackled if consumers are engaged in the process. For this to happen the transition to a low carbon economy needs to be fair, inclusive and affordable.”

Consumer groups welcomed the news. Further details of the investment will be announced on Monday, when Ofgem hosts a virtual conference marking the start of its “green, fair future” campaign, which seeks to work with international regulators in the run up to November’s Cop26 climate change talks in Glasgow.

Justina Miltienyte, a policy expert at the price comparison site Uswitch.com, said: “Ofgem’s pledge to pour millions of pounds into the electrification of vehicles, including installation of more charging points, is both timely and welcome.”

Michael Briggs, the head of sustainability at the consumer group Which?, said: “Millions of people are expected to switch to electric cars, however the UK’s fractured public charging infrastructure can be confusing, expensive and could present a major barrier to ownership, particularly for those who do not have access to a private charger.” 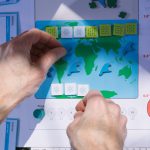 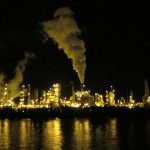 BP and Shell Must Leave the American Petroleum Institute: Here’s Why 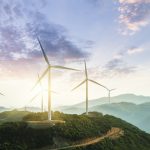