Ana Raquel Nunes is a senior research fellow at Warwick medical school who studies the links between global heating and human health. She has leant her expertise to the World Health Organization, the intergovernmental panel on climate change, the International Science Council and more. Her interest in extreme weather was prompted by a family holiday in the Algarve during the European heatwave of 2003, in which tens of thousands of people died. This year has seen record temperatures, forest fires, melting glaciers and crumbling infrastructure.

We know that heatwaves are becoming more frequent, more intense and more prolonged both in terms of temperature and humidity. What can we expect?
The heatwave of 2003 was really, really bad. I was young and struggled to cope with the heat. I felt very hot, thirsty and tired. My mother and grandma struggled even more. People were getting ill, being hospitalised. The vulnerable were dying.

Nowadays, places that used to experience infrequent heatwaves, or no heatwaves at all, are, due to climate change, seeing extreme temperatures more and more – and that could increase rapidly.

Humidity makes hot weather feel even hotter. Global occurrences of high wet-bulb temperatures, the measure of heat and humidity combined, are on the rise. What happens to our bodies when it’s humid as well as hot?
As temperatures rise, heat moves towards our skin and we sweat. It is through sweat that we thermoregulate, or control our body temperature. Too much heat is dangerous but when you combine heat with humidity, cooling down is even more difficult as the sweat can’t evaporate – so the effect is much worse.

When the body reaches 40C internally, heatstroke occurs, the blood-brain barrier begins to break down and cells start dying. What happens if we can’t find a way to cool down?
As temperatures rise, heat moves towards our skin and we sweat. It is through sweat that we thermoregulate, or control our body temperature. When you combine heat with humidity, cooling down is even more difficult as the sweat can’t evaporate – so the effect is much worse.

After a very hot day, temperatures in the countryside will drop at night. Urban heat islands, however, remain hot

Hot weather makes the body work harder to remain at its normal temperature of around 37C, putting extra strain on the heart, lungs and kidneys. When you reach 38C, you’ll start feeling lethargic. If the body reaches 40C, there is a risk of heat exhaustion. You’ll start feeling confused and may lose consciousness.

At extreme temperatures, the quantity of blood being circulated increases dramatically. The heart becomes exhausted and then blood flow plummets. The main causes of death during a heatwave are respiratory and cardiovascular.

Can we adapt?
Human adaptation to a changing climate has taken place over the ages – by wearing clothes, using fire, inventing air conditioning and sunscreen… and climate change is accelerating the need for adaptation.

Siestas are an example of an adaptation strategy. They allow individuals and businesses to pause during the hottest part of the day, and extend activities to cooler hours. In countries that are used to heat, people open windows early in the morning and late in the evening for the house to cool down and they close windows and shutters during the day. It’s about culture, about knowing what to do.

But not everyone can afford air conditioning, not everyone has someone to turn to when they need help…
Yes, and there are physiological characteristics that people can’t change, like age or chronic illness. You might know what to do to stay safe but be unable to do it. Heatwaves are not felt equally. Not because the human body cannot withstand the heat, but because some individuals are less able to respond to it.

In my research, I looked at the most vulnerable groups in society. During a heatwave, some of these people became ill, some went to hospital, some died. Yet some were not affected at all. I realised it isn’t only the physiological characteristics of people that were determining the effects. There was something else beyond individual vulnerability.

Which is?
Instead of asking what individuals can do, we need to look at the wider determinants of health. Things like education, housing quality, income, working conditions, if someone works outdoors or indoors, their neighbourhood and social networks. It’s what we call the social model of health – it encompasses the social, economic and environmental factors.

The problems we are facing now and will see more of in the future – climate change, health, hunger, poverty, inequality – are all linked. We need to look at them not as separate goals but at the connections between them. Achieving one goal may help or hinder the attainment of another. We need a holistic approach. We must ensure the measures we put in place are not in conflict.

We’ve heard of roads cracking and cables melting. What happens when critical services such as energy, transport and healthcare are not designed for heat?
Hospitals and healthcare facilities that are not prepared to deal with extreme temperatures find it very hard to treat heat-related illnesses. How can you cool someone down if the environment is too hot?

Is it more of a problem if you live in a city?
Heatwaves can cause poor air quality. The air becomes stagnant and traps pollutants, especially in what we call “urban heat islands”, big towns and cities. After a very hot day, temperatures in the countryside will drop at night so people and houses cool. Urban heat islands, on the other hand, remain hot. When houses and individuals are not able to cool down, the health impact is exacerbated.

Can anything be done to bring down the temperature of an urban heat island?
We need trees, green spaces, green roofs. In the UK, Trees for Cities works with communities to plant trees in cities where they are most needed.

We can also increase the albedo effect, the proportion of light reflected from surfaces. If you paint pavements, walls and roofs white, the reflectivity of solar radiation is increased so they don’t hold the heat. Urban albedo enhancement has been shown to reduce air temperatures, improve air quality, and reduce illnesses and deaths due to extreme heat. In Athens, for example, asphalt and concrete pavements were made more reflective and researchers found that surface temperatures were reduced by up to 11.5C. Now, a new ultra-white paint has been developed in California that reflects 98% of sunlight, making it the coolest paint yet.

The Met Office has just announced its first amber extreme heat warning signalling unusually high temperatures – but we’re not really at risk here in the UK, are we?
Populations living in regions not previously affected by extreme heat don’t see heatwaves as a risk, so they don’t feel they need to take precautions. The danger is when someone doesn’t realise the threat.

Heatwaves are rare in Canada. People are not acclimatised to hot temperatures. Their houses and infrastructure are not designed for heat. Yet recently they have seen record temperatures.

Extreme weather events reveal the fragility and vulnerability of people and places. We need to prepare for the future – our energy and transport networks, our institutions, the places we live and work. 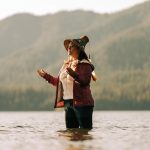 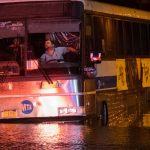