Craig Kelly’s promotion of unproven treatments for Covid-19 as well as his Facebook post about mask wearing being child abuse, is costing the maverick Liberal MP support in his southern Sydney seat of Hughes.

Polling by the uComms, commissioned by local community group Hughes Deserves Better, found that 51% of the electorate believe his social media posts are “very irresponsible,” while a further 20.4% responded they were “irresponsible”.

The polling also revealed that Kelly’s outspoken climate denialism (he regularly posts that the climate is getting cooler not hotter, and that Australia does not need to take steps to address climate change) was not popular.

Unsurprisingly, Kelly’s views on climate change drew the strongest condemnation from Green voters (95% said irresponsible) while among ALP voters 90% said it was irresponsible.

However the issue polarised Liberal voters, with 49% supporting Kelly’s views as responsible and 45% saying they were irresponsible.

But have Kelly’s views cost him votes?

He would also be pushed to preferences, unlike 2019.

Hughes Deserves Better is a community group that is part of the independents’ movement that has sprung up in several seats in the wake of Cathy McGowan’s original victory in the regional seat of Indi and Zali Steggall’s success in replacing Tony Abbott.

“We are determined to ensure the election of a political representative who reflects our values – not the fringe. Who respects and engages with his constituents – not blocks and belittles them. And who works tirelessly in our interests – not his own,” she said.

“Choosing a candidate will come further down the track. At the moment we are about raising awareness about what our local member is doing. We are really fed up in our electorate,” she said.

Unless the group can find a high-profile candidate, the seat will be difficult to win. However, Kelly is facing an internal challenge, with local Liberals marshalling to replace him.

Kelly continues to champion two drugs: ivermectin, an anti-parasitic; and hydroxychloroquine, an anti-malaria drug. Although not a doctor (Kelly was a furniture salesman prior to entering parliament), he posts links to studies and doctors who support these treatments and calls on his own government to make them available.

In January, Australia’s chief medical officer Paul Kelly said there was “no evidence” ivermectin is useful in combatting Covid-19. The most reputable global studies have found that hydroxychloroquine is ineffective as a treatment and could have severe and even deadly side effects if used inappropriately.

Earlier in February, Morrison told parliament Craig Kelly’s advocacy for unproven Covid therapies did not “align with my views, or the views and the advice that has been provided to me by the chief medical officer”.

Kelly’s climate change denialism is more longstanding. He and other conservative MPs played a major role in derailing the government’s attempts at devising a comprehensive climate change and energy policy.

The questions asked by the pollsters were:

uComms conducted a survey of 683 residents in the New South Wales federal electorate of Hughes during the night of 18 February 2021.

Can we create a climate-resistant coffee in time? – podcast | Science 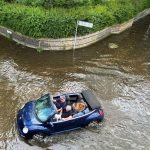