The company, which typically builds about 15,000 new homes a year, told a consultation that a target of cutting CO2 emissions from new homes by 75% to 80% from 2025 was “too high” and argued that heat pumps would be too expensive and would disappoint customers with their performance.

Its position was revealed through a freedom of information request by Unearthed, the investigations arm of the environmental charity Greenpeace. Housing accounts for 15% of UK greenhouse gas emissions, and that does not include electricity produced in power stations. Natural gas burned for heating and cooking is the main contributor.

It placed Taylor Wimpey in a small minority of only 2% of such responses to the government consultation into its future homes standard. The majority said the target was not ambitious enough.

Barratt, Berkeley and Thakeham homes all supported the target, as did the Home Builders Federation, which represents housebuilders, according to the response released under environmental transparency laws.

Greenpeace claimed it showed the housebuilder tried to derail an important climate policy, but Taylor Wimpey strongly denied this and said it was identifying challenges about the practical implementation of the cuts.

Housing emissions remain stubbornly high with only 1m tonnes equivalent CO2 cut from 2018 to 2019 compared with cuts of 8.5m tonnes from energy supply, 2.2m for transport and 2.5m by businesses, official figures show. Advocates for greener housing hoped the government would bring forward stricter limits on CO2 emissions for new homes to 2023, but they announced in February it would happen two years later.

Ministers are shortly due to publish a new heat and buildings strategy, which could set an end date for the use of household gas heating and plans for accelerating the installation of heat pumps, which are currently two to three times more expensive than combi boilers.

Taylor Wimpey told the government in the consultation, which ended in February 2020: “There is a lack of evidence to support the viable delivery of the future homes standard of 75-80% less CO2 emissions within the proposed timescale with existing skills training and supply chain availability.”

It said heat pumps would be less efficient, more expensive by up to £200 a year on a three-bedroom home and less reliable in colder weather.

Asked about its view last week, Wimpey said it recognised the need for urgency to mitigate the climate crisis and that its consultation response was intended to identify “challenges relating to the practical implementation of the proposals”, which “led to concerns that the delivery of viable and much-needed new housing could be prejudiced”.

It said it “remains fully supportive of the UK government’s target to achieve net zero emissions by 2050. We also embrace the future homes standard with its ambition to reduce carbon emissions from homes in use by 75-80% by 2025.” It added that it had cut carbon emissions from its building sites, offices and vehicles by 39% over the last eight years.

The government has pressed ahead with the policy to significantly cut carbon dioxide emissions from new homes compared with current building regulations on thermal performance, which are set to be changed next summer.

Greenpeace UK’s head of climate, Kate Blagojevic, said: “We urgently need government policies that force housebuilders to start building homes fit for a zero-carbon future because it’s clear the industry won’t do it by themselves. Not only will this slash emissions but it will also make people’s homes warmer, cheaper to run and, with the right incentives, create a domestic heat pump and green homes industry that would deliver new jobs and boost the economy.” 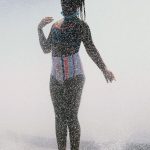 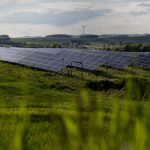