By midnight on Wednesday, two days into a scorching heat wave to hit the US west, the air in Las Vegas had barely cooled.

Throughout the day and for the days that followed, temperatures in the desert city hovered close to historic highs, peaking at 116 degrees Fahrenheit (46.6 Celsius), and setting a new record for such dangerously hot weather so early in the year. Meanwhile, dust and smoke from nearby wildfires hung in the stiff hot air, casting a brown haze over the valley.

Throngs of tourists still ambled along scorching-hot sidewalks on the Vegas Strip, and many others lined the labyrinths of slot machines, restaurants and shops inside air conditioned casinos. But not everyone is able to escape indoors.

“I am dying – I feel like I’m going to pass out,” said Violet, a woman clad in a denim thong and crop top.

Violet makes her living outside on the strip, posing for pictures with passersby. She was glistening, both from the body glitter covering her arms and chest and the beads of sweat collecting on her face in the midday sun. She has a heart condition, she said while leaning against a planter where she and several other women had stored water bottles to empty in-between selfies. “I am out here because I have to pay rent, but it is so hot and I get dehydrated so quickly.”

Researchers predict this week’s heatwave to be the first of several to hit the US south-west before the summer ends. Driven by the climate crisis and intensified by the city’s expansive growth, Vegas is already cooking – and it is going to get worse.

Las Vegas’s population is booming and the city is sprawling into the surrounding desert. The extra concrete adds to the sizzle. On hot days, the highways and roads are littered with broken-down automobiles – commuter cars, ambulances, delivery trucks and buses that overheat as they made their way to and from the city-center.

“Nevada’s climate is changing,” the Nevada government’s Climate Initiative website reports. “In fact, Nevadans say, they are already noticing and impacted by these changes. Climate change has come home.”

The changes are particularly pronounced in Sin City and its surrounding areas, which is warming faster than almost anywhere else in the US. Heatwaves are not only getting hotter, they are also becoming more frequent. Summer weather is increasingly encroaching on spring, with less and less room for relief.

The increasing intensity hasn’t gone unnoticed among workers who have to brave the dangerous conditions, but “no one in the valley is allowed to talk,” Jeff, a valet and porter said. He declined to give his last name out of fear of retribution from his employer, a hotel off the strip.

“The ins and outs are what get you,” he added, explaining that his duties require him to constantly shift between extreme heat and frigid air conditioning.

“You get into those cars that have been sitting outside and it’s like 140F. Then the sweat just pours,” he said. “I have seen guys pass out and start shaking. It’s brutal.”

But his job offers him health and life insurance so he plans to stick it out.

Rafael Martinez, who works as a security guard, said he stands outside throughout his eight-hour shift. He’s witnessed several people lose consciousness right there on the street. “People pass out all the time,” he said. “I am sweating and I feel the heat, but I am not one to complain.” He drinks water often, which he said helps a little. He always makes sure to stand in the shade. “If you stand in the sun you are going to dry out.”

Heat is one of the most deadly weather disasters, according to data from the federal government, and in southern Nevada, coroner data shows that heat-related deaths are on the rise. Officials have emphasized the importance of not leaving people or animals in cars, and have begun enforcing a new animal cruelty ordinance that cracks down on owners who leave pets outside for more than 10 hours a day during a heat advisory, which typically applies when temperatures reach 105F.

But for workers who have be outside, low-income residents without access to in-home cooling, and the more than 6,000 unhoused residents in Las Vegas, the stifling conditions can exact a considerable toll.

“There will certainly be an impact on people who can’t get cool” said Kristina Dahl a senior climate scientist for the Union of Concerned Scientists, a nonprofit advocacy organization. Though heat stress and heat stroke alone can be fatal, researchers also found that those exposed to high temperatures have higher rates of chronic kidney disease. Hot weather also adds to air quality issues, trapping harmful pollutants while spikes in energy use from air conditioning increase emissions. Studies show that heat affects the brain, slowing cognitive function.

Clark county, where Las Vegas is located, provides cooling centers when the heat spikes but many of them close at night even when overnight temperatures don’t drop. That issue is attributed to the cityscape itself.

“We are seeing urban areas experiencing a more pronounced and more defined rise in the frequency of extreme heat,” Dahl said. “That is due to a combination of the overall warming we are all experiencing but in urban areas, but it gets amplified by the use of manmade materials,” she added. And, it’s not only baking locals. “As cities become more developed, and there’s less natural land cover, that’s going to amplify the signal of warming we see around the globe” she said.

Far from the glitz and glamour of the Strip, new homes seem to march, row-by-row into the desert. Even with the increasingly intense conditions, the population is growing. Numbers of residents increased by more than 64% between 2000 and 2018 in the county. Officials expect that numbers will continue to grow, projecting that in the next 40 years close to 3.2 million people will call the area home—an increase of nearly 40%.

Expecting to run out of space, a new county lands bill has petitioned the federal government for more acreage, pulling roughly 30,000 acres from public lands in the surrounding desert.

Meanwhile, the construction continues. Housing developments in various stages of completion are on full display at the fringes of the city, and even on the hottest days, workers brave the elements to complete them.

“It’s hard and it’s hot but if we don’t work we don’t get money,” said Ignacio Regrelar, who is finishing dry-wall on a development during the 116 degree day. He and his team work for 8 hours through the extreme heat. “The problem is, if the boss says he is ready, and you don’t do it, he will take other people,” he said. “Workers need work. But it’s hard”.

The residential expansion has also enveloped areas that were once rural. Las Vegas Livestock, family-owned operation that has spent six-generations raising pigs in the region, was pushed out of the city in 2018.

The farm utilizes food waste from Las Vegas casinos to feed thousands of pigs and now they are based deeper in the desert, sharing the land offered by the local landfill. “Our family has been in Vegas for 50 years but the city grew up around them so now we are out here,” said farm manager Sarah Staloard. “Hopefully houses won’t come this far but you never know”.

The pigs can handle the heat if they are regularly doused in water, “but I think the question is are we going to have people out here safely if it gets hotter,” she said. She’s worried about the rising temperatures and the Valley she calls home, especially after spending the day working through triple-digits. There’s no energy out there on the farm.

“If it continues to be super hot at night that would be a concern,” she said. “We would have to have someone out here to make sure the pigs are not getting too hot. There’d be no relief for anyone,” she added. “Even the equipment never gets a break.” 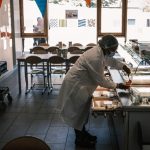 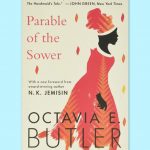