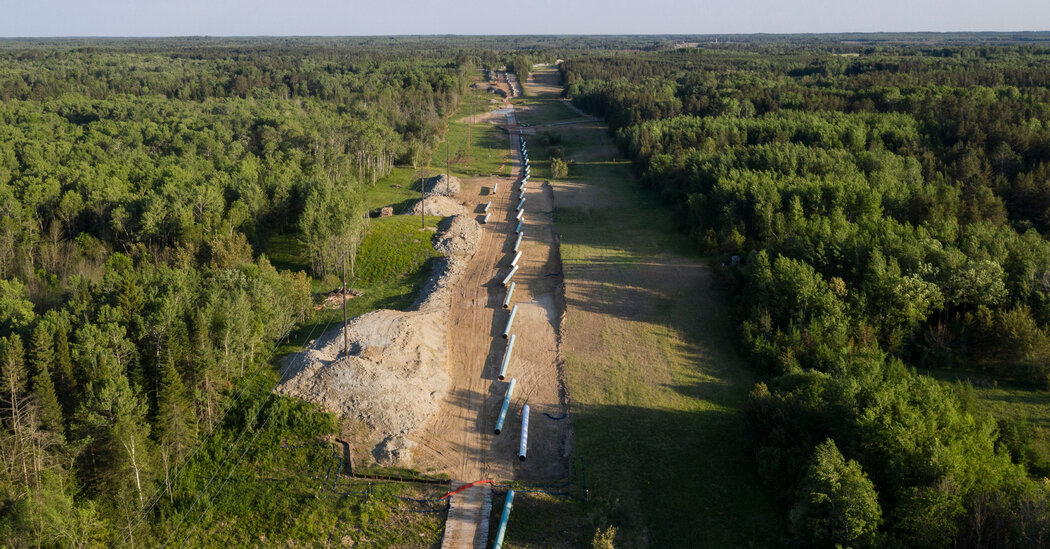 “Particularly from a climate standpoint, the case for a brand-new, massive tar-sands pipeline is extremely thin and frankly nonexistent,” said Moneen Nasmith, an attorney with the environmental legal organization, EarthJustice, which is challenging the pipeline. “Now is the time to do better by tribes, to take climate change seriously, to take environmental considerations seriously.”

“We recognize people have strong feelings about the energy we all use, and they have the right to express their opinions legally and peacefully,” Michael Barnes, a spokesman for Enbridge, said in an email. “We hoped all parties would come to accept the outcome of the thorough, science-based review and multiple approvals of the project. Line 3 has passed every test through six years of regulatory and permitting review,” he said.

So far, protests have had little effect on construction, which began in December and was 60 percent complete, he said. Construction was continuing at the “vast majority” of work sites Monday, he said.

Built in the 1960s, the current crude oil pipeline has been beset with corrosion, leaks and spills, forcing Enbridge in 2008 to reduce its capacity by half, to 390,000 barrels a day. In 2015, Enbridge cited corroding pipes and future oil demand to say it would reroute Line 3, a move that would allow it to restore its original capacity.

Opponents have thrown up a number of legal challenges. A decision is expected this month on one case, filed in Minnesota state court by tribes and environmental groups, which has focused on whether Enbridge carried out an adequate environmental review of the project. Oral arguments also focused on whether there was evidence of enough long-term demand for oil from Line 3.

Two other cases challenge the project’s permits, issued by the Army Corps of Engineers, under the Clean Air Act. Opponents argue that the Army Corps failed to fully consider how an oil spill would affect the Lake Superior watershed.

Native lawyers and lobbyists have also been working their Washington connections. Late last month, Tara Houska, a tribal attorney, former lobbyist and member of the Couchiching First Nation Anishinaabe along the Canadian border, pressed top Biden officials on what she saw as policy hypocrisy: Having canceled Keystone XL, how could the administration then allow Line 3 to go forward? 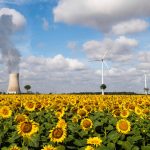 Before Covid, giving up flying was taking off. We need to get that momentum back | Green travel