By all economic indicators the current lockdowns are nowhere near as damaging as those last year and yet that small comfort is small indeed, as this week millions of Australians are again put to the test.

Last week’s payroll job numbers showed a sharp drop in the first three weeks of July. Jobs fell 2.6% across the nation, with every state recording falls.

New South Wales, due to its lockdowns, suffered the most – down nearly 5%. That’s nearly 210,000 jobs gone in just three weeks.

For the first time through the pandemic, NSW is the worst performing state – there are 0.5% fewer payroll jobs in NSW than was the case before the pandemic hit in March last year.

And while that is bad, it is certainly much better than the 8% drop that occurred in April last year.

But still, small comfort for the 210,000 and their families right now.

Just over 12 months ago I suggested the more than half of Australians who thought life would return to normal within six months were being overly optimistic, and that the third who believed it would take more than a year for things to return to normal were more likely to be right.

And alas that is the case.

Yes, we have been teased with footy crowds and live theatre returning. We were able to travel across state borders and could almost taste the normality.

And that apparent closeness to the end makes it ever more difficult this time.

Last year I agreed with those who suggested Covid was a test run for how we would react when the impacts of climate change truly became unavoidable.

Thus far the test has not been passed.

The bickering between states – by governments and residents – whereby responsibility is avoided and the desire to be either the greatest martyrs to lockdowns or the smartest in avoiding them has barely been related to evidence or logic.

We have the utterly inconsistent messages on vaccines and some pretty disgraceful messaging by the Queensland chief medical officer that did nothing but create worry among parents and young adults about taking a vaccine.

Neither has the media been stellar.

Amid the great coverage has been much damage from those seeding doubt about AstraZenca coupled with reports and front pages stoking fear on blood clots, or blaming sections of the community for outbreaks.

Society obviously has not broken down, but the fraying is there – with social media becoming a wild ride between the lame exhortations of “you got this Melbourne/Sydney/Brisbane” to those attacking others for being ungrateful whiners for merely mentioning that they have not been able to see their family for months.

The Morrison government has definitely failed the test – doing the very bare minimum only after being forced to by others and then (such as with jobkeeper) doing it badly.

This week the government quietly amended its ban on people leaving Australia under Covid restrictions to include Australian citizens who do not normally reside here.

As Amy Remeikis noted, there is no reason to introduce this ban other than “to keep Australians [who live overseas] from even wanting to return home” because to do so – even for example to be with a dying parent – will likely mean you are stuck here, away from your job and life.

Such a law will be likely met with little opposition – either in parliament or the community – as isolationism has taken full hold.

All up it does not bode well for how we will deal with climate change – an issue which unlike Covid we cannot easily blame on other nations.

And as with Covid, climate change will not be solved with one magic bullet. Even with the best efforts, disruption to our lives and economy is unavoidable – it is now about doing all we can to limit the damage.

And so we will live in a world where each setback and economic disruption will feel all the more frustrating and difficult.

How well we learn the lessons from Covid, however, will determine just how frustrating and difficult they will be. 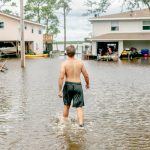 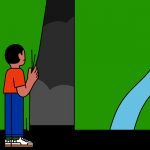 Companies Say They Care About the Climate. Their Actions Fall Short.