Rich countries must move faster to cut greenhouse gas emissions and provide financial assistance to their less wealthy counterparts to cope with the climate crisis, governments from the developing world have said.

Poor nations have been frustrated with the slow progress at the recent G7 leaders’ summit and meetings of the G20 group of major economies.

More than 100 developing country governments have joined together in Thursday’s demand for clear action from the rich world before Cop26, the vital UN climate talks to be held in Glasgow in November. Cop26 is the most important meeting on the climate emergency since the Paris agreement was signed in 2015, and is intended to put the world on track to limit global temperature rises to 1.5C above pre-industrial levels.

Sonam P Wangdi of Bhutan, the chair of the least developed countries (LDC) group at Cop26, said: “Despite Covid understandably taking the headlines, climate change has been getting worse over the past year as emissions continue to rise and the lives and livelihoods on the frontline suffer.

“We vulnerable countries are not asking for much – just that richer countries, who have caused this problem, take responsibility by cutting their emissions and keeping their promise to help those their emissions have harmed.”

Countries responsible for about two-thirds of global emissions have declared long-term targets of reaching net zero emissions by around the middle of this century, but many have not set out clear plans for doing so. Scientists say emissions must halve this decade to stay within 1.5C, beyond which extreme weather will take hold.

The LDC group has published five demands, calling for developed countries to bring forward and strengthen their national plans for cutting their emissions this decade; provide $100bn (£73bn) a year in climate finance to the poor world; help poor countries to adapt to the ravages of extreme weather; accept their responsibilities in contributing to loss and damage to poor countries from the impacts of climate breakdown; and bring the Paris agreement into full effect.

One of the major sticking points for the Cop26 talks is the rich world’s failure to make good on a promise originally made in 2009 that $100bn a year in climate finance would flow to poor countries by 2020 to help them cut emissions and cope with the impacts of global heating.

Tanguy Gahouma-Bekale of Gabon, the chair of the Africa group of negotiators, said: “Developed countries are currently not pulling their weight or keeping their promises on their obligations to provide climate finance. Like any negotiation, you need to have faith that pledges and commitments will be met. In 2009 and 2015, they promised to deliver climate finance by 2020. Yet this is still to be met, and we don’t have a clear plan to achieve it.”

As the host of Cop26, the UK has caused particular concern among poor nations by cutting overseas aid by about a third, from 0.7% of GDP to 0.5%, a cut MPs confirmed in a vote this week. Climate experts, senior diplomats and political leaders in the developing world have repeatedly said this sends a poor signal to developing countries, whose backing will be crucial to seal a climate deal at Glasgow ahead of Cop26.

Gahouma-Bekale said Cop26 “comes as countries are rebuilding from the Covid pandemic. This is a rare chance to build back better and put the world on course for a safe climate”.

The LDC group’s five points are similar to the aims set out by the UK presidency, including strengthening targets on emissions cuts. In setting out their aims three months before the talks begin, however, developing countries are showing thier frustration with the slow pace of negotiations.

Mohamed Adow, the director of the thinktank Power Shift Africa, said: “Developing countries see the lack of progress being made by the likes of the G7 and G20 and have fired the starting gun on the negotiations. Considering the lack of leadership we’ve seen from richer countries, it’s good we’re seeing vulnerable nations upping the urgency.” 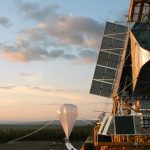