The Australian government says it has been blindsided by a recommendation by official United Nations science advisers that the Great Barrier Reef be placed on the world heritage “in danger” list.

Australia’s ocean jewel is the world’s biggest coral reef system – celebrated and adored for its array of unique species and colourful corals, drawing tourists from around the world.

So what just happened, and why? And what’s coming next?

What is Unesco recommending and is this unusual?

The United Nations Educational, Scientific and Cultural Organization (Unesco) takes advice from the International Union for the Conservation of Nature, including its expert panel on world heritage, before making recommendations about individual sites.

On Tuesday, Unesco released a recommendation that when the world heritage committee meets virtually next month, it should place the Great Barrier Reef on the “in danger” list.

The group said a lack of progress on reaching water quality targets (which the Queensland government has legislated on to try and force improvements) and three bleaching events in five years driven by global heating were central to its recommendation.

The world heritage committee, which can accept, ignore or modify the advice, is also being asked to urge Australia to link accelerated climate action “at all possible levels” to its keystone Reef 2050 policy, which it is currently reviewing.

There are two things that make Unesco’s decision unusual. The first is that an impact from climate change is being used, partly, to justify an “in danger” listing.

The second is that Unesco wants Australia to be urged by the committee to link action on climate change to its assessment of the reef and its status as a world heritage site. This has never happened before.

The current committee is made up of 21 nations, including Australia, and is chaired by China.

What is the world heritage ‘in danger’ list anyway?

The “List of World Heritage in danger” includes sites that were originally placed on the world heritage list for their global cultural or natural significance – or both.

About the list, Unesco says: “Some countries apply for the inscription of a site to focus international attention on its problems and to obtain expert assistance in solving them. Others however, wish to avoid an inscription, which they perceive as a dishonour.”

It is safe to say that Australia falls into the second category.

There are 53 sites currently on the “in danger” list, including Florida’s Everglades National Park, Madagascar’s Atsinanana rainforests and Niger’s huge Air and Tenere reserves.

Was this Unesco recommendation a political ploy from China?

The federal environment minister, Sussan Ley, has accused Unesco of back-flipping, saying the UN body gave her officials assurances only a week ago the reef would not face a recommendation of an “in danger” listing.

She said this suggested there was political interference, but did not name China.

But the government’s suspicions that China may have tried to influence the decision have made their way into some media outlets.

What is the science saying about the threats to the reef?

For years the government’s own science advisers at the Australian Institute of Marine Science, CSIRO and the Great Barrier Reef Marine Park Authority have been in agreement the greatest threat to the reef is from global heating.

The increasing heat causes the corals to expel their nutrient-giving algae, weakening them and, if temperatures remain high enough, killing them.

These three bleaching outbreaks occurred since the last time the world heritage committee considered the reef in 2015.

In the lead-up to the latest 2020 event, the Bureau of Meteorology has confirmed the sea surface temperatures over the reef were their highest for any month on a record going back to 1900.

The 2016 bleaching event which hit the northern part of the reef also coincided with then-record breaking ocean temperatures.

Reducing other pressures, including outbreaks of the coral-eating Crown of Thorns starfish, over-fishing and pollution running into the reef’s waters from farming and developments, is seen as a key step in building the reef’s resilience to bleaching.

The UN’s Intergovernmental Panel on Climate Change has said the published evidence suggests most tropical coral reefs would disappear even if heating was limited to 1.5C and would be “at very high risk” at 1.2C. The globe has warmed about 1C since the industrial revolution.

But Australian scientists from government agencies and universities are investigating a range of measures – including cloud-brightening to shade and cool corals and breeding hardier species – in the hope they can buy the reef some extra time while the world cuts emissions.

How is the health of the reef right now?

Coral cover is holding steady or showing a slight recovery from previous years, although the most recent long-term monitoring report from the Australian Institute of Marine Science has not fully captured the impacts of the 2020 event.

The most recent report card, released by the federal and Queensland governments, gave the reef a “D” grade for its overall health.

In 2019, the most recent five-yearly reef outlook report downgraded the long-term prospects for the reef to “very poor”. That report had an influential role on the Unesco recommendation.

Haven’t we been here before with the reef?

Definitely! In 2014, the Australian government established a special task force to lobby internationally to prevent the World Heritage Committee putting the reef on the “in danger” list.

Australia lobbied diplomats and paid for trips to the reef for international journalists.

What is different this time, is that the Australian government is not challenging the suggestion that climate change is the reef’s greatest threat, or that it is not imperilled.

In 2014, then foreign minister Julie Bishop said the reef was not in danger and attempted to correct then US president Barack Obama, who had expressed fears for the reef’s future at a speech at the University of Queensland.

In 2016, it emerged the Australian government had forced the removal of a chapter about the Great Barrier Reef from a Unesco report about World Heritage tourism destinations at risk.

What has the government done?

The joint Queensland and federal government Reef 2050 plan, which is being reviewed, was formulated to head off a previous world heritage threat of an “in danger” listing.

In 2018, then prime minister Malcolm Turnbull and then environment minister Josh Frydenberg announced a $443m grant for a small business-led reef charity, the Great Barrier Reef Foundation, with no tender process.

A critical national audit office report into the award found it was one of several funding awards that had originated from a desire by the government to avoid an “in danger” listing.

Scientists at CSIRO, Aims and universities have begun a major science mission using the foundation money to roll out recovery efforts and investigate a range of sometimes radical steps, including cloud brightening and artificially raising the pH of the ocean water around the corals.

But experts and scientists point out continually that, without global action to cut emissions, local actions won’t be enough to save the reef from a bleak future.

What will happen next?

The Australian government’s lobbying efforts are likely to intensify in the coming weeks, ahead of the meeting, which was pushed back from 2020 due to the Covid-19 pandemic.

The meeting is being hosted by China and being held virtually between 16 and 31 July.

The draft agenda suggests the committee’s decision on the status of the Great Barrier Reef will likely be considered sometime during a three-day block from 21 to 23 July. 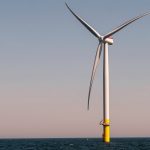