Rolls-Royce, the jet engine maker, has said that all products launched after 2030 will be capable of running with net zero carbon emissions as part of decarbonising plans that rely heavily on replacing fossil fuels with synthetic alternatives that are yet to be approved.

The manufacturer and other aviation companies face a huge challenge to cut their products’ carbon emissions. No existing technology can fly passengers across the world without producing tonnes of carbon dioxide.

Rolls-Royce is instead pinning its hopes on synthetic fuels, which the industry calls “sustainable aviation fuels”, or SAF. Almost identical chemically, but produced from non-oil sources, the fuels could theoretically result in significantly less or even zero new carbon emissions across their lifecycle.

Rolls-Royce plans to gain regulatory approval by 2023 for using synthetic fuels in all engine models currently in production, the company said on Thursday. That would mean two-thirds of existing planes using Rolls-Royce engines could be adapted with minor engineering changes.

However, the company has so far been unable to commit to a science-based target – the gold standard – for reducing its carbon emissions, because of uncertainty over how the supply of synthetic fuel will grow.

The chief executive, Warren East, said Rolls-Royce faced a “double challenge”, but that decarbonising would offer a “commercial opportunity”.

“Our customers use our products and services in sectors where demand for power is increasing, and also these sectors are among the hardest to decarbonise,” he said.

In March, an Airbus A350 with Rolls-Royce engines flew on 100% synthetic fuel for the first time, but no long-haul zero-emissions flight has yet been completed using synthetic fuels, and they remain far more expensive than petroleum fuels.

British Airways plans to run transatlantic flights partly on synthetic fuel next year, after investing in a US producer. However, the oil producer Shell this year pulled out of a joint venture that aimed to produce synthetic fuel in the UK.

Synthetic fuel production from innovative sources such as plants or even household waste is difficult to scale up, while “electrofuels” – produced from air using electricity – are between three and six times more expensive, according to the European Union Aviation Safety Agency.

Rolls-Royce is also considering using nuclear power from small modular reactors to make electrofuels, although the reactors are still in development. 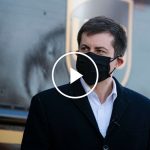 The ‘heat dome’ explained: why the Pacific north-west is facing record temperatures | US weather 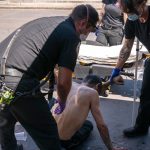