Last week’s searing temperatures in North America’s Pacific north-west were more than just another heatwave. The 49.6C registered in the tiny British Columbian town of Lytton was not simply the hottest temperature on record in Canada, it also defied computer modelling of how the world might change as emissions rise. Our global environment editor Jonathan Watts looks at how the rare phenomenon known as a heat dome is part of a growing trend towards extreme weather events, while climate science professor Simon Lewis explains why global heating is making more of the planet too hot for humans.

Starting with the Soviet invasion of the 1970s, Afghanistan has spent four decades as a battleground for proxy wars between competing nations and ideologies. As US and British troops withdraw, Emma Graham-Harrison returns to Kabul, where she spent several years as a foreign corespondent, to find little optimism and much anxiety at the resurgence of the Taliban.

Despite a worrying surge in the Delta variant of Covid-19, England is set to end nearly all pandemic restrictions on 19 July. The world is watching to see if the UK’s mass vaccination programme can allow normal life alongside the virus, explains science editor Ian Sample. And Sarah Boseley – writing her final piece as the Guardian’s outgoing health editor – tells the story of the Oxford/AstraZeneca vaccine, designed to be the world’s affordable screen against Covid, but which has been beset by controversy.

In features, Elle Hunt explores the weird, sub-aqua world of jellyfish, asking why they seem to be proliferating around coastlines in ever-increasing numbers. And on our culture pages, the Observer’s Kate Kellaway profiles the artist Paula Rego ahead of a major new retrospective in London.

Get the Guardian Weekly delivered to your door

What’s Going On at 50: Marvin Gaye’s masterpiece is still so true to life | Marvin Gaye 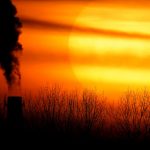 Opinion | Krugman Wonks Out: The China Shock and the Climate Shock