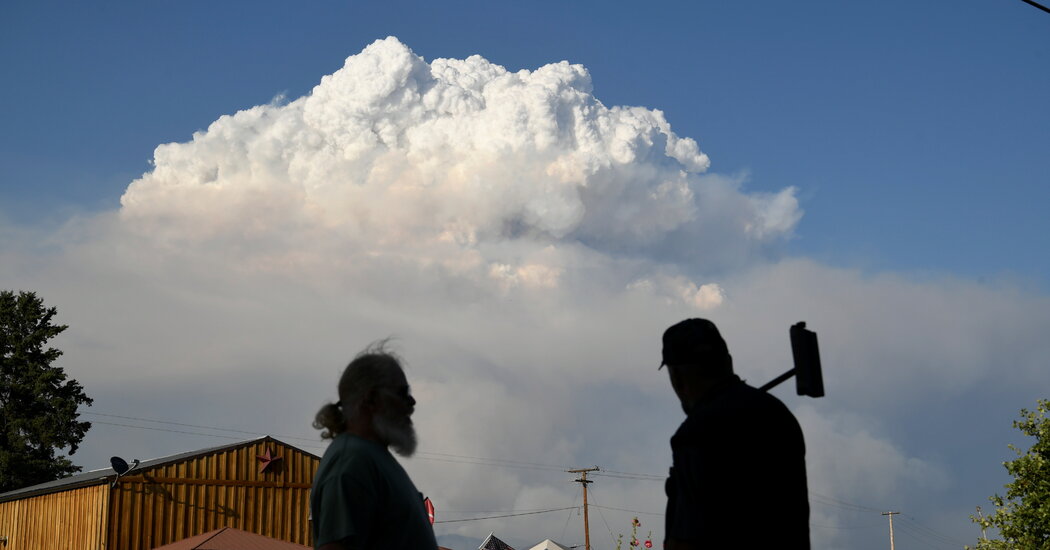 A towering cloud of hot air, smoke and moisture that reached airliner heights and spawned lightning. Wind-driven fronts of flame that have stampeded across the landscape, often leapfrogging firebreaks. Even, possibly, a rare fire tornado.

The Bootleg Fire in Southern Oregon, spurred by months of drought and last month’s blistering heat wave, is the largest wildfire so far this year in the United States, having already burned more than 340,000 acres, or 530 square miles, of forest and grasslands.

And at a time when climate change is causing wildfires to be larger and more intense, it’s also one of the most extreme, so big and hot that it’s affecting winds and otherwise disrupting the atmosphere.

“The fire is so large and generating so much energy and extreme heat that it’s changing the weather,” said Marcus Kauffman, a spokesman for the state forestry department. “Normally the weather predicts what the fire will do. In this case, the fire is predicting what the weather will do.”

The Bootleg Fire has been burning for two weeks, and for most of that time it’s exhibited one or more forms of extreme fire behavior, leading to rapid changes in winds and other conditions that have caused flames to spread rapidly in the forest canopy, ignited whole stands of trees at once, and blown embers long distances, rapidly igniting spot fires elsewhere.

“It’s kind of an extreme, dangerous situation,” said Chuck Redman, a forecaster with the National Weather Service who has been at the fire command headquarters providing forecasts.

Fires so extreme that they generate their own weather confound firefighting efforts. The intensity and extreme heat can force wind to go around them, create clouds and sometimes even generate so-called fire tornadoes — swirling vortexes of heat, smoke and high wind.

The catastrophic Carr Fire near Redding, Calif., in July 2018 was one of those fires, burning through 130,00 acres, destroying more than 1,600 structures and leading to the deaths of at least eight people some of which were attributed to a fire tornado with winds as high as 140 miles per hour that was captured on video.

Many wildfires grow rapidly in size, and the Bootleg Fire is no exception. In the first few days it grew by a few square miles or less, but in more recent days it has grown by 80 square miles or more. And nearly every day the erratic conditions have forced some of the nearly 2,200 firefighting personnel to retreat to safer locations, further hindering efforts to bring it under control. More than 75 homes and other structures have burned.

On Thursday night along its northern edge, the fire jumped over a line that had been treated with chemical retardant, forcing firefighters to back off. It was just the latest example of the fire overrunning a firebreak.

“This fire is a real challenge, and we are looking at sustained battle for the foreseeable future,” said Joe Hessel, the incident commander for the forestry department.

And it’s likely to continue to be unpredictable.

“Fire behavior is a function of fuels, topography and weather,” said Craig B. Clements, director of the Wildfire Interdisciplinary Research Center at San Jose State University. “It changes generally day by day. Sometimes minute by minute.”

Mr. Redman said that nearly every day the fire had created tall updrafts of hot air, smoke and moisture called pyrocumulus clouds, some of them reaching up to 30,000 feet. One day, he said, they saw one of these clouds collapse, which can happen in early evening when the updraft stops.

“All that mass has to come back down,” he said, which forces air at the surface outward, creating strong, gusty winds in all directions that can spread a fire. “It’s not a good thing.”

Last Wednesday, though, conditions led to the creation of a larger, taller, cloud called a pyrocumulonimbus, which is similar to a thunderhead. It likely reached an altitude of about 45,000 feet, said Neil Lareau, who studies wildfire behavior at the University of Nevada, Reno.

Like a thunderhead, the huge cloud spawned lightning strikes, worrying firefighters because of their potential to start new fires. It may have also brought precipitation.

“Some of these events rain on themselves,” said John Bailey, a professor of forestry at Oregon State University.

Rain can be a good thing, by dampening some of the fuels and helping slow the fire. But by cooling the air closer to the surface, rain can also create dangerous downdrafts, Dr. Lareau said.

There have also been reports of fire whirls, small spinning vortices of air and flames that are common to many wildfires and are often inaccurately described as fire tornadoes. Fire whirls are small, perhaps a few dozen feet in diameter at their largest, and last for a few seconds to a few minutes.

But Dr. Lareau said there were some indications that the Bootleg Fire might have created an actual fire tornado, which can be several thousand feet in diameter, have wind speeds in excess of 65 miles an hour, extend thousands of feet into the air and last much longer. “It looks like it’s been producing some pretty significant rotation,” he said.

Fire tornadoes occur as a plume of hot air rises within a fire, which draws more air from outside to replace it. Local topography and differences in wind direction, often caused by the fire itself, can impart a spin to this in-rushing air, and stretching of the air column can cause it to rotate faster, like a figure skater pulling her arms in to increase her spin.

Mr. Redman said the incident command had not received any reports of a fire tornado. “But it’s totally possible” for one to occur in a fire this big and intense, he said. “When we get these extreme events, it’s stuff we’ve got to watch for.”

Other kinds of extreme fire behavior are more common. But the duration of the extreme behavior in the Bootleg Fire has stunned some of those fighting it.

“It’s day after day of that extreme behavior and explosive growth,” Mr. Kauffman said. “And you can’t really fight fire under those conditions. It’s too dangerous.”

The root cause of most of the extreme behavior is the huge amount of heat the fire is pumping out.

The amount of heat is related to the dryness of the fuel — trees and other vegetation, both dead and alive. And the fuels in Southern Oregon, as well as most of the West, are extremely dry, a result of the severe drought afflicting most of the region.

Dr. Clements likened it to a campfire. “You want the driest tinder and logs to get that fire going,” he said. “Same thing in a forest fire. That’s why we’ve been monitoring the drought.”

If vegetation is damp, some of the energy from burning is used to evaporate its moisture. If there is no moisture to evaporate, the fire burns hotter. “More heat is released,” he said. “The flames are bigger.”

Oregon was also hit in late June by an extreme heat wave, when record temperatures in some places were broken by as much as 9 degrees Fahrenheit. That dried out the vegetation even more. In Southern Oregon, the fuels were as dry as they’d be at the end of summer in a more normal year.

“We’ve had a lot of fuel that was ready to burn,” Dr. Bailey said.

What would help end the extreme behavior, and eventually the fire itself, is a good, widespread rain. But that doesn’t appear to be in the offing.

“We’re not seeing any significant relief in the next week at least,” Mr. Redman said. “But I don’t think we can get any worse.” 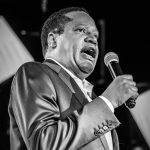