Targets are all very well. But not if there is no way of reaching them. In which case, they are a sham. This is the problem now confronting the government. The UK’s stated goal of reducing greenhouse gas emissions by 78% by 2035 compared with 1990 levels is very ambitious. “Remarkable” was the word used last week by Lord Deben (the former Conservative environment secretary John Gummer). He chairs the climate change committee (CCC) that advises the government. Its latest reports make an unflattering contrast between impressive aims and the absence of plans to meet them.

A strategy setting out how the UK intends to meet its net zero pledge is promised before the Cop26 climate talks in Glasgow in November. But there is little sign so far that ministers grasp the scale of the challenge. Not a single government department, the CCC finds, is moving at the necessary pace. Transport, agriculture, buildings, industry: in all the key emissions-producing sectors bar power generation, there has been an alarming lack of progress. Cuts to the aid budget now overseen by the Foreign Office mean that it too is implicated. Support for poor countries as they make the transition away from fossil fuels has long been recognised as a crucial element of the global climate process.

The UK is far from the only country that is falling far short on its commitments. Pakistan’s climate minister, Malik Amin Aslam, described the allocation of funding in the final communique of the recent G7 meeting as “peanuts”. Leaks from an upcoming report by UN scientists highlight growing concerns that – with emissions expected to bounce back rapidly after the pandemic – tipping points such as the melting of polar ice sheets could come sooner than expected. Alarm at such findings has led a group of scientists to form a new expert group, modelled on the UK’s Independent Sage, with a view to boosting public awareness. But as host of Cop26, and as one of the biggest historical emitters due to early industrialisation, the UK has a special responsibility to stop prevaricating.

The CCC sets out the steps that ministers should now take. The restoration of the green homes grant scheme and the phasing out of gas boilers could form part of plans to boost jobs and skills as well as cutting emissions. The outsize carbon footprint of the UK’s ancient (by international standards) and poorly insulated housing stock has been ignored for far too long. It shouldn’t need pointing out that any new housing must be built to the strictest environmental standards. That it does is scandalous, and speaks volumes about the housebuilding industry’s influence on the government.

The impact of Covid on transport has been tumultuous and requires addressing in a number of ways if increased pollution from road traffic is to be avoided. The Labour-led Welsh government struck the right note last week with a promise to freeze all road-building plans. The UK government’s £27bn plans for new roads must now be revised, while London’s mayor, Sadiq Khan, should follow Wales’s example by cancelling plans for a new tunnel under the Thames. Higher taxes on flying are unpopular, but necessary if people are to be persuaded to use trains instead. Meat consumption must be reduced.

None of these ideas is new. But the buildup to November’s conference is a unique and historic moment. So far, the partnership of Boris Johnson and the chancellor, Rishi Sunak, has delivered nothing on climate. According to the CCC, ministers “blunder into high-carbon choices”. If this doesn’t change in response to the latest warnings, the risk of a diplomatic and environmental catastrophe following not far behind the pandemic will continue to rise. 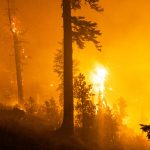 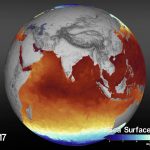