When the UN’s Intergovernmental Panel on Climate Change report was published in early August, it confirmed what was already being made increasingly obvious by 2021’s extreme weather events: the burning of fossil fuels is “choking our planet and putting billions of people at immediate risk”.

While the report’s main headlines weren’t news to many – especially climate scientists, who have been sounding the alarm for decades, and the fossil fuel industry, which has spent billions obscuring the truth about climate change – one cohort in the UK was mostly able to continue with their days unaware of its implications: young children.

David Sobel, the American environmental educator, has a maxim: no environmental tragedies before fourth grade (in the US, when a child is nine or 10). Is this realistic today in a rapidly heating world? How parents talk to their own children about the Earth crisis will be child dependent, age dependent and location dependent. Of course as children go to school and become more aware, questions will be asked, and any fears and emotions should be acknowledged and explored, rather than brushed under the carpet. Parents and adults spending time with children can model living lightly and encourage responsible ecological behaviours from the earliest ages.

But, as advocates of engaging with the rest of nature and as the parents of young children, we would argue that the one positive action we should all be able to take and work towards is to give all children opportunities to spend time in restorative natural environments and to find wonder and awe in the living world.

Scientific evidence is now proving what many have always known, that contact and connection with the natural world improves health and wellbeing. ​​Children who spend more time in nature are less likely to have mental health problems in later life. Being in natural environments is associated with positive outcomes, from more creative play and social and cognitive development to enhanced immune function and better psychological health. We recover from stress more completely and quickly in a natural environment than in a built environment.

As the vast majority of people in the UK live in urban areas, where stress-related illnesses are on the rise, a relationship with restorative places will become ever more crucial. Children born today, who could be looking at a 3C rise in temperature in their lifetime if the trajectory based on current policies continues, will need as many restorative and resilient natural environments as possible to recover from the stresses of an increasingly perilous world.

Evidence shows that spending time in natural environments as a child is the key determining factor in a continuing relationship with them, and has all the associated benefits. It is also linked with later pro-environmental behaviours. We can only love what we know, and we can only protect what we love. Giving children the chance to know the seasons, watch migratory birds and learn about the rhythms of more than human worlds is an antidote to “shifting baseline syndrome”. If a child can’t recognise a swift, how will they know if it doesn’t make it back one year?

There are aspects, too, that are harder to measure. Beauty, for instance, delight, make-believe, freedom. Outside, even in the most urban areas, there is magic in the cracks of a pavement and wonder on a walk around the block.

A child can be nurtured by a particular tree in a park, or a dandelion on a street corner, or the snails on urban road verges that have been left to grow wild. Empathy for other species can then be nurtured, too, in a kind of symbiotic reciprocity. Crucially, giving children the chance to know they are part of a vast and complex matrix of life and that we only breathe and eat because of plants and insects and the sun and rain, roots young minds to the land and encourages a care ethic with other beings.

There is, of course, a problem. Most children in the UK are living at the forefront of the nature crisis, and suffer from the quiet deprivation of the health and wellbeing benefits. Three-quarters of children spend less leisure time outside than prisoners. Four out of five do not have an adequate connection with the natural world, according to the wildlife charity RSPB. The national curriculum does not allow for enough time spent outside having direct experience of our wider ecologies, and schools and teachers are not supported or resourced to give children sufficient opportunities to learn and play in wilder areas. Millions don’t live within walking distance of a green space.

In London, 98% of schools are in areas that exceed World Health Organization limits on toxic air pollution. In Tower Hamlets, children have up to 10% less lung capacity than the national average. Cars dominate; children can’t play safely on the streets. This is a public health injustice. Time spent in nature is not a luxury or amenity. The scientific evidence shows us now, clearly, that we require natural environments for our health. Access to nature has even been found to provide a buffer to life stresses in vulnerable children.

No one knows how the climate crisis will end, and whether the IPCC report will catalyse the urgent and rapid change that is needed. But we do know this: children need the life-giving, stress-relieving, kin-making, awe-inducing, wonder-sparking experiences of the natural world. Letting our youngest citizens love the world and know the world, run through long grass until their heart beats like a drum, climb a tree and become a bird or a squirrel, paddle in rivers looking for minnows, spend time in areas free from harmful air and noise pollution, knowing that they are part of the Earth, is the very least we can do for them today. 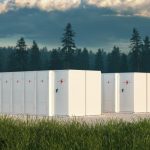