The heat intensity of wildfires in Turkey on Thursday was four times higher than anything on record for the nation, according to satellite data passed on to the Guardian.

At least four people were killed by blazes that swept through the tourist regions of Antalya and Muğla, forcing thousands of holidaymakers to be evacuated from their hotels by a flotilla of boats.

Conditions there and at the sites of dozens of other blazes throughout the country were tinder dry. Turkey’s 60-year-old temperature record had been broken the previous week when Cizre, a town in the south-east, registered 49.1C.

After deadly heatwaves in the Americas, floods in Europe and China, and fires in Siberia, the scenes of destruction in Turkey add to concerns about the growing ferocity of extreme weather in a climate-disrupted world.

Local media published photos of popular Aegean Sea resorts surrounded by burning hillsides and forest and farmland reduced to ash. At Bodrum, in Muğla province, 80 hectares were burnt despite firefighting efforts on the ground and by air. The flames cut off two hotels, forcing the evacuation of more than 4,000 tourists and staff by coastguard and fishing vessels.

Wildfires are common in Turkey during the summer, but the blazes over the past two days have been exceptional. Satellite analysis by the EU’s Copernicus Atmosphere Monitoring Service show the heat intensity of the country’s fires on Thursday reached about 20 gigawatts, four times higher than the previous daily maximum.

“Those numbers are off the scale compared to the last 19 years,” said Mark Parrington, a senior scientist in the EU’s Copernicus Atmosphere Monitoring Service. He said the smoke from fires near Antalya and Mersin was now being transported to Cyprus.

Residents of affected towns told reporters they had never seen anything like it. Ibrahim Aydın, a farmer, said he had lost all his livestock and nearly been killed while fighting the flames. “Everything I had was burned to the ground. I lost lambs and other animals,” he told the Daily Sabah. “This is not normal. This was like hell.”

Throughout the country, firefighters battled more than 50 blazes. Dozens were hospitalised by the fumes. As news spread, #PrayForTurkey was trending on Twitter with images of devastation and maps showing the locations of the more than two dozen fires across the country.

Ministers in the government of President Recep Tayyip Erdoğan speculated that the cause may be arson attacks by the Kurdish separatist movement PKK, but provided no evidence. Few domestic reports mentioned broader climate trends that are heightening the dangers of fire in Turkey and elsewhere.

Climate scientists have long predicted the Mediterranean will be hit hard by rising temperatures and changes in rainfall, driven by human emissions. Future wildfire risk is projected to increase in southern Europe, according to the last report by the UN Intergovernmental Panel on Climate Change.

The Turkish climate scientist Levent Kurnaz said recent weather had created conditions for easy ignition. “The weather is extremely hot and dry. This helps to start fires. Our smallest mistake leads to great disaster,” he tweeted.

This year looks likely to continue the trend. The World Meteorological Organisation tweeted that extreme heat is hitting the wider Mediterranean region with temperatures forecast to rise well above 40C in inland areas of Italy, Greece, Tunisia and Turkey. It has urged preparations to prevent health and water supply problems.

The heatwave in southern Europe is expected to linger well into next week with some forecasts suggesting it could be among the most severe on record. The Turkish meteorological office sees little likelihood of respite in the week ahead. Next week, Ankara and several other sets are set for temperatures more than 12C higher than the August average.

Wildfires have already hit southern Greece, forcing evacuations of villages outside the western port city of Patras, and killed one person in Lebanon. Blazes are also reported in Bulgaria and Albania. High temperature warnings have been issued in North Macedonia, Albania, Bulgaria and parts of Romania and Serbia.

The EU has issued its highest fire risk alert to places in Italy, Portugal, Spain and parts of north Africa. Further east, a large fire broke out on Thursday in Lebanon. “The risk is very high right now,” Parrington said. “We could start to see more fires in the coming weeks if these temperatures continue.” 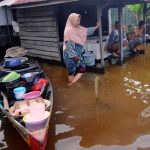 Climate Change Is a ‘Hammer Hitting Us on the Head,’ Developing Nations Say 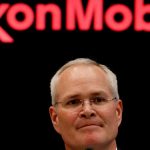 Exxon Mobil Faces Off Against Activist Investors on Climate Change