The UK’s goal of tackling the climate crisis by reducing carbon emissions to net zero by 2050 is “too far away”, the prime minister’s climate change spokesperson has said.

Speaking on BBC Radio 4’s World This Weekend, Stratton said: “What I’m aware of is right now that we have a 10-point plan for a green industrial revolution, we have FTSE 100 companies pledging to go net-zero, and not only that, but we also have the NHS and hospitals around the country saying, ‘You know what, we’ll have a go as well.’

“And I feel at the point at which we can all of us see that we’re not doing it on our own, every part of society is moving in tandem towards this net zero in 2050 … but let’s be honest, that’s too far away.

She has encouraged people to “feel the fierce urgency of now” as the UK prepares for the Cop26 summit in Glasgow in November.

The UK was the first major industrialised country in the world to sign the 2050 target into law in 2019 and is aiming to persuade other nations to follow suit at the climate change summit, which Johnson will chair.

Stratton said: “Net-zero is the glide path. What we have to be doing more quickly – the science is clear – we have to be changing our carbon emissions output right now so that we can stop temperature increase by 2030.

“We have to feel the fierce urgency of now … We have to bring countries to Cop26 in November in Glasgow with real substantial plans.”

Stratton said progress had been delayed by the Covid pandemic and plans would be announced when parliament returned in September, with projects including replacing gas boilers with more climate-friendly alternatives.

She said the goal to decarbonise the economy “is a long-term journey we are all on”.

“This is a journey to 2050. This is not going to happen overnight. This is going to be a conversation we have with the British people about what is fair, protecting vulnerable families from some of the more difficult decisions they will have to make.”

Last week the first analysis to calculate the mortal cost of carbon emissions found that the lifestyles of about three average Americans would create enough planet-heating emissions to kill one person. It also concluded that the emissions from a single coal-fired power plant were likely to result in more than 900 deaths.

The analysis, published in Nature Communications, drew on several public health studies to conclude that for every 4,434 tonnes of CO2 pumped into the atmosphere beyond the 2020 rate of emissions, one person globally will die prematurely from the increased temperature. The additional CO2 is equivalent to the current lifetime emissions of 3.5 Americans.

“Net zero by 2050 is the ultimate goal, but the Paris agreement signed by all countries in 2015 requires nations to come to Cop26 with targets to bring down their emissions this decade. If we are going to keep global temperature increase to 1.5 degrees – ‘keep 1.5 alive’ – we must reach net-zero by 2050 and act this decade.” 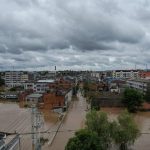 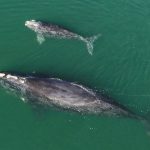 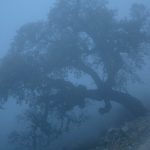