As a lifelong Seattle-area resident and so-called geriatric millennial, I can attest to the fact that, until recently, Seattle summers truly were second to none in the comfortability department. Highs in the 70s? Check. Bluebird skies after morning clouds? Check. Pleasant sea breezes in the evening to take the edge off the day’s warmth? Check.

And 100 degrees? Virtually unheard of. In 1994, the summer after I finished third grade, the temperature in Seattle briefly reached the century mark on a hot July afternoon, catching forecasters off guard and sending local media outlets scrambling to unearth when – if ever – such a feat had occurred in the past. The answer? In the previous 90 years of record-keeping, it had happened just once before, in the summer of 1941. So, Seattle shrugged and moved on. And for the next 15 years, our summertime weather by and large stayed the same: cool mornings under a deck of clouds, and sunny afternoons under room-temperature skies.

Then came the summer of 2009. Near the end of July, the mercury spent two days hovering in the mid-90s, taunting Seattleites with the potential for triple-digit heat before making good on its promise and soaring to 103 on day three. As a city, we were stunned. 103 degrees? How was our proudly un-air-conditioned town supposed to sleep? How could we cool off at night if there was no marine air to open our windows to?

Fortunately, the temperature fell each day after that, with highs dipping below 70F (21C) by the first week of August. Even more fortunately, we told ourselves, we’d just endured a once-in-a-lifetime heat wave, the likes of which we’d never see again. This was Seattle, after all.

And then came June 2021. As I write this, sunset is an hour away and it’s still 100F (38C). And it was over 100 yesterday and the day before, too. And just like that, Seattle has done in the span of three days what it previously took 125 years to accomplish: logging three 100-degree days. It’s unprecedented. It’s unbelievable. And it’s unsettling.

Neighborhood streets, which normally would be filled with the sounds of children laughing and playing, have become ghost towns. Parks are deserted. Trailheads are empty. All across the city, a stifling heat blankets the air, interspersed with the low drumming of over-worked fans and the occasional creaky air conditioner (if you’re among the 44% of Seattleites who happen to own one). Stepping outside feels like stepping into a sauna. A 10-minute stroll feels like a 20-minute run. And for pete’s sake, this is day three of the 100s. Did Seattle become Sacramento overnight?

The heat wave gripping our part of the country has gone from significant to sickening. When a city like Seattle, nestled up against the cool waters of Puget Sound, bakes in triple-digit heat for three days in a row, it’s not a good sign. When a city ringed by evergreen trees and lakes galore sizzles like the desert south-west, it’s disconcerting. It’s alarming. If Seattle, America’s capital of comfortable summers, can swelter more than Atlanta, Washington and New York (Seattle’s new high of 108F, or 42C, now tops the hottest temperatures ever observed in each of these cities), what does this mean for the rest of the nation? Will 110s soon invade the eastern seaboard? Will 120s become commonplace in Los Angeles?

The obvious answer, of course, is that we don’t really know. Yes, we have state-of-the-art weather models and fancy algorithms that can spit out various temperature projections for cities across the globe as the Earth continues to warm, and I have no doubt that many of them are, unfortunately, frighteningly realistic. But these same models didn’t tell those of us tucked away in the north-western corner of the country that we’d endure three days of triple-digit heat in June when we’d never done so before. They didn’t predict Seattle would flirt with 110 degrees, let alone top 100 back-to-back-to-back, in a place where warm weather typically never surfaces until after the Fourth of July.

RIP, Seattle summers. It was fun while it lasted.

If we want to fight the climate crisis, we must embrace nuclear power | Bhaskar Sunkara 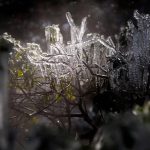 Opinion | Texas Is a Rich State in a Rich Country, and Look What Happened