Smoke from wildfires – particularly those that burn manmade structures – can significantly increase the amount of hazardous toxic metals present in the air, sending up plumes that can travel for miles, a new study from the California Air Resources Board (Carb) has suggested.

The study compared air monitor readings from numerous California fires, such as the devastating Camp fire that decimated the California town of Paradise in 2018 and killed 85 people.

The Camp fire in particular appeared to release elevated levels of toxic metals such as lead and zinc into the air. The researchers found the levels of lead increased to 50 times above the normal average at a site near the Camp fire in the city of Chico in the hours following the fire, while concentrations of zinc dramatically increased in Modesto, 150 miles away. Other heavy metals such as manganese and calcium were found in the air after all the fires that were studied.

The study said the chemicals contained in buildings, such as flame retardants and plastics, combine to make fires destroying manmade structures particularly toxic.

“It is clear that the tiny particles, gases and chemicals in smoke generated from structure fires are hazardous to human health,” the study said.

The study noted that any increase in lead exposure is considered hazardous. The metal has been found to cause high blood pressure, reproductive effects and cancer in adults – with infants and young children particularly at risk of behavioral changes and learning deficits. The other metals, including zinc, are believed to be toxic, but their health effects have not been extensively studied.

The study comes as smoke from the western wildfires has drifted across the country and is blackening skies as far away as New York City.

“No one is protected,” said Stanford University health researcher Dr Mary Prunicki, who has led numerous studies of how smoke affects health for the university’s Sean N Parker Center for Allergy Research. Those studies have shown dramatic increases in hospitalizations for things like heart attacks, strokes and respiratory illness on days when wildfire smoke blackens the skies around California.

She said the Carb study shows that, when people are breathing smoke from the fires, “we don’t actually know what we’re being exposed to and we should be looking at it more.”

Carb’s executive officer, Richard Corey, urged those who are subjected to wildfire smoke to take steps to protect themselves. The board’s web resource on how to stay healthy when the air is smoky suggests steps including masking up, staying indoors and keeping indoor air clean.

“This report makes it clear that wildfire smoke poses a real health threat not only to people living and working near these fires, but to anyone affected by the smoke as it travels across California and beyond,” said Corey in a statement. “It’s more important than ever that we all take action to protect ourselves – and our loved ones – from smoke.”

‘We have to pay the price’: Oslo’s plan to turn oil wealth into climate leadership | Climate change 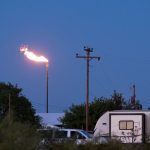 Opinion | To Address the Climate Crisis, Focus on More Than Carbon Dioxide 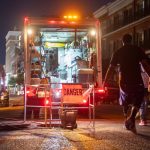