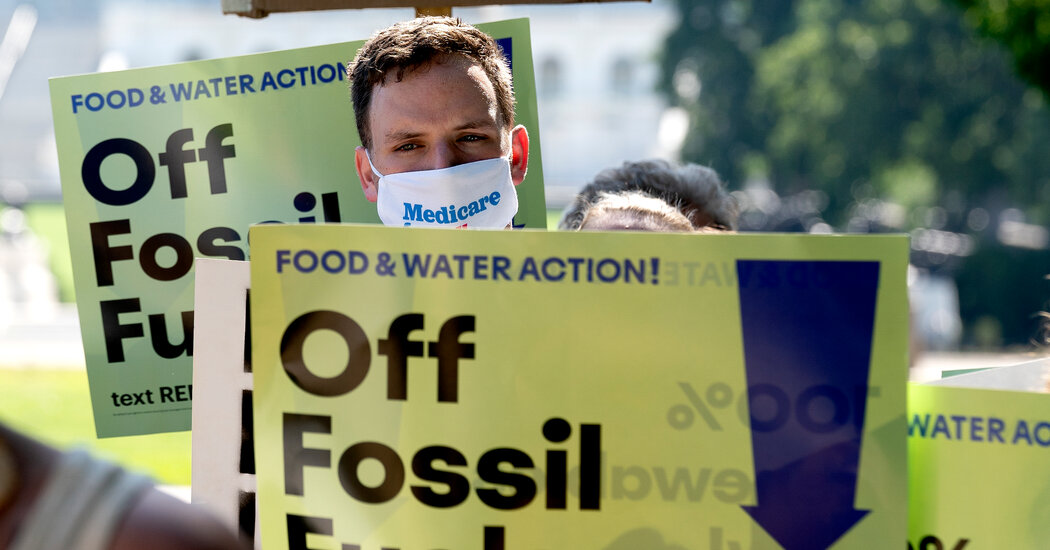 Climate change is everywhere you look: in the staggering heat wave that hit the Pacific Northwest last week, killing more than 150 people; in the Western wildfire season that started early this year and is likely to be severe; in the weather throughout June, which was the hottest on record in North America; and even at summer camps where children are having “flashlight campfires” instead of the real thing.

President Biden took office with a promise to treat the climate crisis with far more urgency than his predecessor. During the campaign, he released a $2 trillion plan calling for an emissions-free power sector by 2035 and for the United States to reach net-zero planet-warming emissions by 2050. But whether the U.S. meets those goals could depend on whether Democrats in Congress are able to unite around a big enough version of an infrastructure bill.

To get a better sense of where Mr. Biden’s climate agenda stands, I asked Coral Davenport, a climate reporter for The Times, to answer a few questions.

Hi, Coral. President Biden took office with a $2 trillion climate plan, but his first big legislative pushes have focused elsewhere. What steps has he taken on climate so far?

In his first two weeks in office, Biden signed a series of executive orders setting in motion a slew of federal policies on climate change. On his first day, he rejoined the United States to the Paris climate agreement, from which President Donald Trump had withdrawn, and canceled the permit for the Keystone XL pipeline, which would have carried heavily polluting oil from tar sands in Canada. He then directed federal agencies to begin the process of reinstating and strengthening Obama-era climate policies that Trump had rolled back.

The White House has also begun what it calls an “all-of-government” approach — essentially directing every agency, from the Treasury to the Pentagon, to rapidly push policies focused on tackling climate change wherever they can. For example, it has ordered government financial officials to report the risk that climate change poses to federal assets and tax revenue.

The administration has taken several steps to slow fossil fuel development and increase the development of renewable energy. Biden has suspended new leases to drill for oil and gas on public lands pending a review of the program, but has moved forward with steps that would open up the east and west coasts to the nation’s first large-scale offshore wind farms.

Congress has also begun to take some action. This spring, it reinstated an Obama-era rule on methane, a powerful planet-warming pollutant that leaks from oil and gas drilling wells. And the framework for a bipartisan infrastructure deal includes $15 billion for electric vehicle charging stations and electrification of buses — more than the federal government has ever spent on such programs, but a sliver of what Biden envisioned in his campaign pledges.

Democrats are separately crafting another bill, magnitudes larger than the first, that they plan to advance on a party-line vote. Biden wants that bill to include hundreds of billions of dollars to accelerate a national transition to electric vehicles, as well as a mandate that electric utilities generate a majority of their power from zero-carbon sources within the next decade. Both of those proposals would need support from every Democratic senator, which is far from guaranteed.

Are you expecting Biden to announce additional climate actions in the near future?

The administration is expected to announce in July or August that it will largely reinstate Obama-era regulations on pollution from vehicle tailpipes. That’s a significant step — vehicles are the nation’s largest source of climate-warming emissions — but the rules, which would probably go into effect next year, would last only through 2026.

At the same time, the administration is expected to begin work on new rules that would go out to 2030 or 2032. If — and this is a big if — those rules are extremely tough and ambitious, they could force automakers to begin a rapid transition away from fossil-fuel powered cars and toward a near-term future in which the vast majority of cars sold in America are electric. But getting political support will be tough. Auto unions and automakers are wary of such a rapid, government-mandated shift.

How much of a dent would those actions make in meeting the 2035 and 2050 deadlines?

If the final infrastructure package includes a robust clean electricity standard that would eventually force out the use of fossil fuels to power electric plants, and if it includes hundreds of billions of dollars for electric vehicle infrastructure and tax credits for purchasers of electric vehicles, that could rapidly reduce emissions from vehicles and power plants, the nation’s top two sources of greenhouse pollution.

It could also make it easier for Biden to gain support for going even further — if the federal government has already spent heavily on building electric vehicle infrastructure, it could ease the way politically for it to create tough standards essentially requiring an increase in electric vehicle sales.

If that rule is enacted on top of a climate-centered infrastructure package, most experts say Biden could probably get most of the way toward his promised emissions cuts.

How do climate activists feel about what the administration has done so far?

Climate activists have been pleased with Biden’s rhetoric but displeased that they haven’t seen more concrete action. They fear that robust climate measures could be removed from the second infrastructure bill, which would probably leave them on the cutting room floor for the foreseeable future, as Republicans could gain majorities in Congress in the 2022 midterms.

Activists have been pushing progressive lawmakers to tell the president “No climate, no deal” — essentially, that if the most ambitious climate initiatives get left out of the infrastructure package, they won’t vote for it.

Researchers said on Wednesday that the recent heat wave in the Pacific Northwest would have been “virtually impossible” without climate change, and the West is facing an early and potentially devastating fire season. Has the immediacy and visibility of these effects increased the sense of urgency within the administration?

Biden has absolutely been using the links between climate change and extreme weather to push his agenda. Speaking yesterday in Illinois, he said: “In Illinois, farmers downstate are dealing with more frequent droughts. And two weeks ago, just south of here, you just had a nearly unprecedented tornado. We can’t wait any longer to deal with the climate crisis. We see it with our own eyes, and it’s time to act.”

On Politics is also available as a newsletter. Sign up here to get it delivered to your inbox.

Is there anything you think we’re missing? Anything you want to see more of? We’d love to hear from you. Email us at onpolitics@nytimes.com. 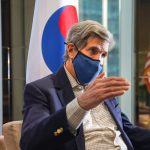