Campaigners have lost a legal challenge to the government’s £27bn roadbuilding programme after the high court dismissed their application for a judicial review.

Lawyers for Transport Action Network (TAN) argued that the transport secretary, Grant Shapps, had drawn up the roads investment strategy for England, known as RIS2, without taking into account the UK’s environmental commitments or assessing the additional carbon emissions and climate impact of another 4,000 miles of road.

However, the judge, Mr Justice Holgate, said Shapps had received a “briefing, albeit laconic” from officials saying the policy was consistent with net zero targets, based on a comprehensive programme of analysis, and that Shapps did not need to know the actual numbers.

He said claimants had “a heavy evidential onus to establish that a decision was irrational, absent bad faith or manifest absurdity” and noted that the government was “taking a range of steps to tackle the need for urgency in addressing carbon production in the transport sector”, adding: “Whether they are enough is not a matter for the court.”

TAN argued Shapps was legally required to consider the effect on the environment and there was a clear inconsistency in increasing traffic during the worsening climate emergency.

The campaigners’ lawyers have appealed against the judgment and are crowdfunding for further legal costs.

A separate legal challenge to the national policy statement that underpins roadbuilding remains live, despite indications from government sources that it would settle the case after agreeing it needed to be reviewed when it published its transport decarbonisation plan. However, Shapps has since said the Department for Transport will not complete the review before 2023 and the policy will remain effective to support roadbuilding until then.

TAN said it was shocked by the ruling. Its director, Chris Todd, said: “In a month of unprecedented fires and floods, the effect of this judgment is to prioritise the ‘stability and certainty’ of the roads over that of our climate. This will surely send shivers down the spine of anyone hoping for urgent action … As the quickening pace of global heating threatens the rule of law, we need legislation upheld rather than ministers let off the hook.”

Prof Jillian Anable of Leeds University’s institute for transport studies, who acted as an expert witness for TAN, said the government’s “decision to continue to increase the pace of roadbuilding in a decade when the vast majority of vehicles on the road will still be petrol and diesel, and all modelling shows that we need to cut traffic in order to work within that carbon budget, can only be interpreted as either blatant dishonesty or failure to understand the science.” 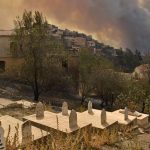 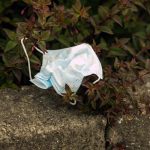 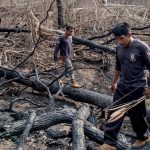