Athens has appointed a chief heat officer to protect people from soaring temperatures and try to find ways to adapt the city to the heatwaves and extreme weather that are striking the capital more frequently as the result of the climate emergency.

The appointment, made on Friday by the mayor of Athens, Kostas Bakoyannis, is the first in Europe and believed to be only the second in the world, after Miami-Dade county in Florida appointed a chief heat officer earlier this year.

Bakoyannis said: “Climate change for our city means more frequent and dangerous extreme high temperatures for residents and for tourists who are critical for our economy. Unfortunately, Athens is not unique – heat is an emergency for cities across Europe and the world.”

Eleni Myrivili, Athens’ new chief heat officer, added: “We’ve been talking about global warming for decades, but we haven’t talked much about heat.”

Myrivili’s task will be to find ways to cool the city, beyond the obvious air conditioning in buildings, which only adds to the climate crisis by its massive use of energy around the world. Planting trees and plants and cultivating green spaces for shade and their cooling properties will be vital, as will redesigning roads and buildings, and examining the materials used for building.

Athens has announced a programme to increase the amount of green space and shade across the city. Providing “cool routes” through areas where the density of buildings poses a particular problem will also be a priority. The city already uses a smartphone app to warn residents and tourists about the weather and provide heat-beating tips.

This summer has been one of the hottest on record across much of Europe, with heat records tumbling in many areas, at the same time as floods have swept through Germany and Belgium. Across the world, China has experienced devastating flooding, while heatwaves have struck northern latitudes in Canada, and wildfires raged in the US.

Heat is a particular problem for people in cities because built-up areas and concrete store heat from the sun, while energy use and transport creates its own excess heat that adds to the natural warming effect, and there is less of the natural cooling effect of trees, vegetation and water.

The very young and elderly people are most at risk from overheating, though temperatures in some places are now so extreme that even healthy young people are increasingly at risk. At least 104,000 deaths among Europe’s elderly population were caused by excessive heat in 2018.

Anne Hidalgo, the mayor of Paris, warned that cities everywhere must take note. “Extreme heat is becoming the new normal in urban environments and occurs with a dramatic frequency. Devastating heatwaves remove any doubt that climate change affects all our lives. There is an urgent need to strengthen the actions taken in cities to address extreme heat and prevent the silent killer from causing more deaths.”

Athens’ actions have been supported by the City Champions for Heat Action initiative, a programme launched by the Resilience Centre of the Adrienne Arsht-Rockefeller Foundation. 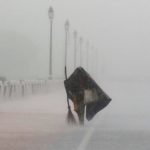 A Million Years of Data Confirms: Monsoons Are Likely to Get Worse 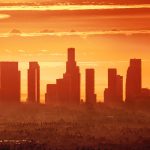 Ask a Scientist: What Should the Biden Administration and Congress Do to Address the Climate Crisis?