Australia’s major environment groups have written to the UN’s world heritage committee, urging it to put the Great Barrier Reef on its “in danger” list as the Morrison government ramps up its lobbying against the change.

The environment minister, Sussan Ley, was due to land in Europe on Monday evening for a week-long campaign against the in-danger recommendation for the ocean jewel.

In Australia, the government is making plans to fly Canberra-based ambassadors to the 2,300-kilometre reef for a visit ahead of the meeting which starts on Friday.

Also on Monday, results from two separate polls of Australians say there is overwhelming agreement the reef is in danger, with strong support for the in-danger recommendation.

Unesco has recommended the Great Barrier Reef be placed on the list after three mass bleaching events since the last time the site was considered in 2015.

Ley said her officials were “blindsided” by the recommendation for the reef off the Queensland coast.

In the letter, seen by the Guardian, the leaders of 10 environment groups write: “While parts of the Great Barrier Reef remain beautiful, we cannot underestimate the existential threat from climate change, with substantial coral loss in recent years from mass coral bleaching events in 2016, 2017 and 2020.”

China is chair of the 21-member world heritage committee, which also includes Australia, and is the official host of the meeting being held virtually. A decision on the reef is expected to be made between 21 and 23 July.

Unesco’s recommendation was made because of the affects of coral bleaching – caused by fossil fuel burning pushing up ocean temperatures – and a lack of progress on targets to lower pollution levels flowing in to the reef’s waters from farms.

The letter, also signed by the Australian Youth Climate Coalition, 350 Australia, the Climate Council and the Queensland Conservation Council, welcomes Unesco’s acknowledgement that 1.5C of global heating is a “critical threshold” for coral reefs.

“Global leadership on climate change for the Great Barrier Reef must start with Australia – how else can we expect the world to act with the scale and urgency necessary to protect one of the world’s most iconic world heritage properties?”

The letter says an in-danger listing “must prompt decisive action” from the global community to protect “one of the most beautiful and biodiverse places on Earth.”

Unesco also wants Australia to make sure its main Reef 2050 policy, currently being revised, “fully incorporates” recommendations from the government’s own reef management authority “that accelerated action at all possible levels is required to address the threat from climate change.”

Last week Ley gave a briefing to ambassadors in Canberra and streamed to diplomats to Unesco in Paris that Australia was lobbying for the committee to delay putting the reef on the list and instead order a monitoring mission before making a decision at a future meeting.

The chief executive of the government’s Australian Institute of Marine Science, Paul Hardisty, told the briefing benign conditions over the past 12 months meant there were signs of recovery across the reef. But he said the number of reefs in good condition was falling while the number in bad condition was rising.

As the minister headed to Europe, Ley said in a statement: “The Great Barrier Reef is the best managed reef in the world and this draft recommendation has been made without examining the reef first-hand, and without the latest information.”

She said her officials “remain stunned” by the recommendation, and that they were told by Unesco that “no property would face such a recommendation if it wasn’t foreshadowed in 2018-19”.

Unesco has said it gave no assurances to Australia about the decision, rejecting claims by Ley the decision had been politicised. The UN group says an in-danger listing would be a global “call to action”.

Unesco has also said its official guidelines don’t specify that missions should be carried out before recommending sites go on the list.

A spokesman for Ley told the Guardian the minister would start her trip in Hungary, which is also a member of the 21-country committee. Unesco is recommending the world heritage city of Budapest be placed on the in-danger list at the upcoming meeting.

The spokesman said the minister’s schedule was being finalised, but she would spend time in Paris where permanent delegates to Unesco are based. The government was also organising a visit to the reef for Canberra-based ambassadors, but a final schedule has not been agreed.

Polling of 1,000 Australians commissioned by AMCS shows 71% think the reef is in danger and 77% support the committee putting the world’s biggest coral reef system on the in-danger list to prompt more conservation action from the government.

A separate survey commissioned by The Australia Institute, a progressive thinktank, says 72% of Australians support Unesco’s in-danger recommendation – including 67% of Coalition voters. Only 5% thought the reef’s health was not threatened.

Ebony Bennett, deputy director of the Australia Institute, said: “The prime minister may think Unesco’s decision to list the Great Barrier Reef to the world heritage in-danger list is ‘appalling’, but our research shows he is out of step with an overwhelming majority of voters who back Unesco’s recommendation.”

Mark Carney: ‘I didn’t want the Bank of England job. But I was asked to fix something’ | Mark Carney 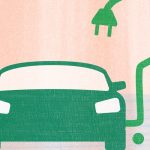 How Green Are Electric Vehicles?